The MacHax(tm) Group announces the results from the
Twelfth Annual Best Hack Contest at MacHack ’98.

In its thirteenth year, MacHack convened one minute after midnight on June
20 for another solid 72 hours of hacking, networking, and other worthy
endeavors (often with little or no sleep). The conference opened at
midnight with a keynote by Chris Espinosa, whose 21 year career at Apple
started when he was 14. Very little hacking was observed during Chris’
three hour talk, but it was observed shortly afterwards, and continued even
past midnight two nights later as the Hack Show began.

Interesting, unusual, unexpected, and often entertaining software written
by MacHack attendees are shown by their authors, usually over the course of
several hours. This year’s Hack Show lasted about four hours.

After each show, the contest sponsors stay up the rest of the night to put
together a ballot for voting a few hours later at lunch. After tabulation
and a quick trip to Duke’s Hardware for prizes, awards are handed out at an
awards ceremony. This year’s ballot listed dozens of hacks.

This year we enjoyed the hacking participation of three ten-year-olds, all
of whom have four-letter first names.

Extremely popular, and winning a coveted brick from Duke’s, was
“BrickPoint.” This Macsbug extension allows one to play BrickOut while in
Apple’s low-level debugger. No wonder software deadlines slip! BrickPoint
was written by Andy Bachorski and Nat McCully.

Now to the awards…

Fifth place went to “Spotlight Hack.” This hack creates a “hole” in the
Finder’s windows so you can see the desktop and icons that are on it. The
hole is a circle that moves with the mouse. It was written by David
Kamholz.

Two hacks tied for third. One was “180 Years of Hack” by P.D. Magnus. This
was P.D.’s first MacHack. P.D. picked up on a printing error and ran with
it. Each of this year’s MacHack attendees received a commemorative mug at
registration. Fortuitously, the mugs read “MacHack 1818-1998.” P.D.’s hack,
“180 Years of Hack”, comes as a set of web pages celebrating (with doctored
photographs and woodcuts) what MacHack and the Best Hack Contest looked
like over the span of the last couple of centuries.

Also taking third place was “PhaseShift” by Ed Wynne and Matt Slot. Ed and
Matt gave some popular screen saver patterns a new twist by running them on
the desktop all of the time instead of across the whole screen when your
machine is idle. PhaseShift also won a special award for Best Color Hack.

Taking second place was “OFPong” by Marcus Jager and Quinn “The Eskimo!”.
OFPong is an implementation of the classic “Pong” game, written entirely in
Open Firmware, the Macintosh boot-strap environment. As your machine is
booting you can take a break for a quick game and then continue booting up.

The title of “Best Hack” and the coveted Victor A-Trap trophy went to
“asciiMac”, the hands-down favorite hack. Written by a team of first-time
MacHackers, Alexandra Ellwood and Miro Jurisic’s hack wowwed and amazed the
late night crowd. This retro-hack renders the entire screen in ASCII art in
real time. The crowd thrilled to demonstrations of the hack’s artistic
prowess as it ASCII-converted running QuickTime movies and Windows 95 under
PC emulation.

Some of the previous winners include NetBunny, RearWindow, VideoBeep,
ColorFinder, IRMan, Oscar the Grouch, BillBoot, Practical Joke Protocol,
and Fez. Several of these have gone on to become products, features in
products, or the targets of threats from various large organizations over
things like trademark or copyright infringement.

About MacHack and Expotech
————————–
In 1986, some folks at the Computer Aided Engineering Network of the
University of Michigan thought the brand new Macintosh technology would be
a good thing to know more about. They planned an academic conference
related to Macintosh system management issues. They gathered content and
speakers, then faced with the logistics of managing the conference, asked
Expotech to run it. The first MacHack was quite successful. U-M decided
they would rather not run such a conference again, even though those who
attended it wanted more. So it came to pass that the rights to the name
MacHack was transferred to Expotech, who have run all MacHack conferences
since. Expotech is a conference management company, incorporated in 1986.
While Expotech staff has aggregated more than 55 years’ experience running
conferences of all types and sizes, the company specializes in technical
conferences.

The MacHax Group has been a purveyor of high techology products and
productions since 1985. 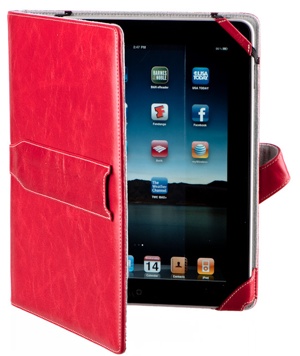