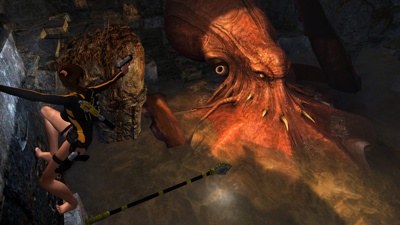 Feral Interactive has released Tomb Raider: Underworld (http://macte.ch/WWQ4H) for the Mac. It requires Mac OS X 10.6.8 or higher and costs US$24.99.

Here’s how the game is described: “Archaeologist-adventurer Lara Croft embarks on a daring expedition to find a sunken world deep beneath the Arctic Sea. From the crystalline waters of coastal Thailand to the rain-lashed jungles of Mexico and beyond, Lara won’t stop until she has opened its secret gates.

“Her journey pits her against a formidable adversary who is after the same prize, and she will need all her wits, courage and athletic prowess to get to it first. As Lara, players will experience an astonishing level of physical interaction with a beautiful, unpredictable and treacherous world in a platforming game of unparalleled sophistication.”

Message to our Readers