A new report from Juniper Research (http://www.juniperresearch.com) finds that growing user satisfaction with mobile TV on tablets will push average monthly viewing times to 186 minutes per month in 2014. I expect the new iPad will increase that amount even more.

The report, “Mobile TV: Applications, Devices and Opportunities 2012-2016,” finds that as users become more accustomed to viewing content on tablets such as the iPad, and as a wider range of content becomes available on tablets, consumers will increase their viewing times. This increase will be most apparent in North America where there is already significant mobile TV usage, and where internet TV services such as Hulu and Netflix are popular.

Juniper Research says a tablet is the ideal device on which to consume mobile TV content — their large screen sizes and intuitive user interfaces allow almost everyone to browse for and watch content. I’d disagree. Nothing beats a big screen TV for television viewing. And watching TV on a Mac (especially, say, a 27-inch iMac) is still better than watching TV shows or movies on an iPad.

Still, another driver for this mobile TV viewing growth is the continued integration of mobile services into pay-TV packages, notes Juniper Research. Tablets can offer a richer viewing experience when used alongside traditional television by allowing the user to access supplementary information such as plot synopses and actor biographies. These devices also enable users to view pay-TV content or to watch catch-up services when away from home, extending the reach of traditional TV services.

So an iPad and Apple TV with 1080p make perfect companions.

“Consumers are already accustomed to timeshifting thanks to DVRs such as TiVo and Sky+; what mobile TV allows them to do is placeshift. This allows users to watch their pay-TV content anytime, anywhere and on any device — the TV experience is no longer confined to the home,” says Charlotte Miller, author of the Juniper Research report. Other key findings from the report include:

°  The number of users of streamed mobile TV services on smartphones will increase by 2.8x between 2011 and 2016.

° The majority of broadcast mobile TV users will be from the Far East & China.

° Subscriptions will make up the vast majority of mobile TV revenues. 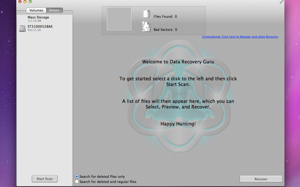