St. Clair Software (http://www.stclairsoft.com) has announced Default Folder X 4.4.9, an update to the utility for enhancing Open and Save dialogs. This release adds faster creation of favorites, support for Automator workflows, and addresses a compatibility issue.

Reggie Ashworth has released AppDelete 3.2.4 (http://www.reggieashworth.com/appdelete), an update to his application deletion utility for Mac OS X. Via drag ‘n drop, AppDelete will uninstall an application along with all of its associated items. The latest version is optimized for Mac OS X 10.7.x (“Lion”).

Kedisoft (http://www.kedisoft.com/) has introduced Totals 2.0.4 for Mac OS X, a complete redesign of their app that enables the creation of customized invoices for SOHO and small business owners. In addition to invoices, the app organizes and tracks current and overdue invoices, generates reports, and manages stock.

MaBaSoft (http://www.mabasoft.com) has updated Currency Converter, its currency converter calculator, to version 3.1.6. The software has a new icon and sports some minor improvements and interface revisions.

Chronos (http://www.chronosnet.com) has rolled out iClipboard 4.1.0, an update to its clipboard manager for Mac OS X. Among other things, iClipboard 4.1.0 introduces users to a new look for its application icon. 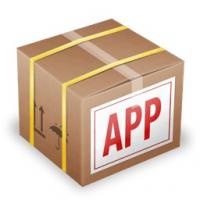