THQ has released WWE WrestleFest, an app for the iPhone, iPod touch and iPad. It’s based on the WWE arcade game made popular in the 1990s. The game boasts current-day WWE stars, WWE legends, an extensive downloadable content program and more. The iPhone/iPod touch version is US$2.99; the iPad version is $3.99.

Corbenic Consulting has announced My Budgets — Expense Tracker 1.0 for iPhone, iPad and iPod touch devices. The $0.99 app is designed to help consumers keep to their budget to prevent overspending. Multiple budgets can be configured over any time period, and budgets can operate over a week, a month or any other time period the user decides.

Dear Future Astronaut has launched Nose Invaders 1.0, a puzzle adventure game title for iOS devices. In the $0.99 app, you explore the unseen worlds inside the noses of different creatures and fight against ever changing air currents.

TimeTours has unveiled Uxmal for iOS ($1.99), a new entry in their series of multimedia apps that takes the viewer on a guided tour of the ancient Mayan city of Uxmal. Featured are 3D stills, animations and spherical panoramas that allow instant comparison of the city as it exists today, versus how it looked over 1,000 years ago.

Smappsoft has premiered Pokertini: Video Poker With A Twist! 1.0 for iOS devices. In the free app, players simultaneously play three independent video poker hands, and arrange their simulated bets to maximize payoffs on favored hands. Players can then use strategic twists to manipulate their cards to improve their hands and odds of winning.

Rob Rightmyer has unleashed Bad Monkey and Bad Friends 1.0 for iOS. In the $0.99 game, Bad Monkey and Friends drop items from overhead, and players are challenged to catch every one in a bowl filled with water.

Prestige Entertainment Group has presented their new trivia game Name That Movie created for movie lovers. In addition to a challenging mix of questions, there are a variety of other puzzle types. The $0.99 game features content including thousands of clips, stills, posters, hangman, clues and trivia questions in all genres.

Van Dyk Entertainment has served up Slice ‘n Dice Ninja 1.0 for iOS. In the $0.99, physics-based castle-defense game, players choose from a multitude of weapons, including a katana, ninja stars, grapple hook, spring-board traps and more. 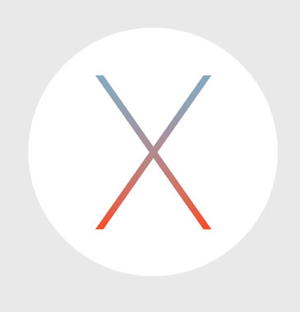