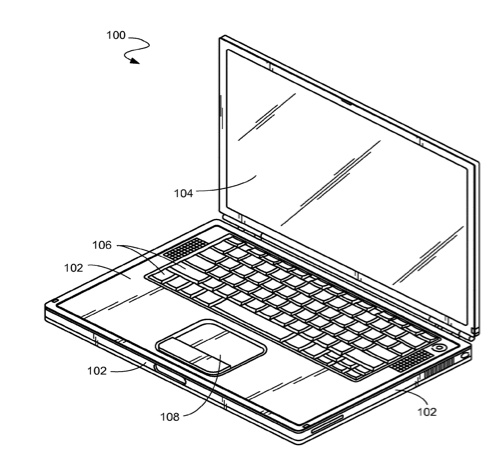 “The monitors presently used contribute greatly to the overall size and weight of the portable computer. The monitor must be of a sufficient size, brightness, and clarity to provide the user with readable images. In order to achieve these requirements, monitors place a large demand on available power resources and are therefore a significant contributor indirectly as well as directly to the weight of the portable computer.

“The use of conventional CCFL liquid crystal display systems in the monitors of portable computers, however, creates a limiting factor in the continuing effort to reduce the size and weight of portable computers. CCFL technology has not kept pace with advances in other technologies that have reduced the size and weight of many of the other display components. Today, one of the major limitations in further reducing the thickness and weight of the display is therefore the CCFL illumination system.

“Light-emitting diode (‘LED’) technology offers attractive alternatives to the CCFL. LEDs are much thinner than the CCFL and do not require many of the weighty power supply systems of the CCFL. Compared to backlights using CCFLs, backlights with LEDs have many benefits, including lighter weight, higher brightness, higher color purity, larger color gamut, longer lifetime, and mercury-free composition. However, while a single CCFL can light an entire display, multiple LEDs are needed to light comparable displays.

A challenge with utilizing multiple LEDs, particularly when distributed in large arrays, is maintaining uniformity of color throughout the large number of LEDs. The color balance and spectra of the LEDs is governed by numerous factors such as manufacturing variances and the LED phosphorescence. For example, white LEDs are often actually blue LEDs with a complimentary yellow phosphor dot on the front of the LED. Depending upon manufacturing precision (and thus, related manufacturing costs), actual colors may therefore vary from, for example, slightly blue to slightly pink, often following a distribution curve in which many of the LEDs vary from the desired white point color.

“This can have a negative impact on the color uniformity of LCD displays. Understandably, reducing or compensating for such variability increases costs and complexity significantly as the number of LEDs increases in larger display configurations and environments.

“One solution is to select and utilize only those LEDs that provide the desired white point color. Such a solution, however, causes costs to be very high since only a fraction of the LED production can be utilized.

“Another solution is to compensate for LED color variations, such as by matching LEDs to one another and then filtering the light output to adjust the color to the desired white point color. This reduces the overall cost of the LEDs since most or all of the LEDs can be utilized. However, the additional color filters represent costly additional physical elements, oftentimes requiring a large number of available filter colors of finely varying shades and gradations. It can also increase the thickness of the display. An additional disadvantage is that such filters absorb light, causing the net brightness of the LED light sources to be reduced.

“Thus, if LEDs are to become a viable alternative to CCFLs, an economical and practical solution must be found to utilize a large number of non-matching LEDs while maintaining uniformity of color in the display panels in which the LEDs are utilized.

“Certain embodiments of the invention have other aspects in addition to or in place of those mentioned above. The aspects will become apparent to those skilled in the art from a reading of the following detailed description when taken with reference to the accompanying drawings.”

Apple has also been granted two patents related to its iPhone antenna.

Patent number 8102321 involves a cavity antenna for an electronic device. Per the patent, the antenna may be formed from a conductive cavity and an antenna probe that serves as an antenna feed. The conductive cavity may have the shape of a folded rectangular cavity. A dielectric support structure may be used in forming the antenna cavity. A fin may protrude from one end of the dielectric support structure. The antenna probe may be formed from conductive structures mounted on the fin.

An inverted-F antenna configuration or other antenna configuration may be used in forming the antenna probe. The electronic device may have a housing with conductive walls. When the cavity antenna mounted within an electronic device, a planar rectangular end face of the fin may protrude through a thin rectangular opening in the conductive walls to allow the antenna to operate without being blocked by the housing. Bing Chiang and Gregory A. Springer are the inventors.

Finally, several other Apple patents have been granted by the U.S. Patent & Trademark Office.

Patent number 8104048 involves browsing or searching user interfaces and more. The patent relates to systems, methods and software architectures for providing previews of files, such as previews of content of the files without launching the applications which created those files. In one embodiment, a method includes receiving a first call, through a first API to obtain a preview of content of a file, the first call being made by a first application program and being received by a preview generator daemon, and generating a request to obtain a first plug-in from a set of plug-ins, the first plug-in being configured to process a file type of the file to produce content in a format which can be displayed by the first application program. Other methods, systems, computer readable media and software architectures are disclosed. The inventors are Julien Jalon, Toby Paterson, Julien Robert and Yan Arrouye.

Patent number 8103951 involves dynamic schema creation. In a database application executing on a computer system, a database table view is represented by a structured object located on a storage device coupled to the computer system. Responsive to a user pasting content (e.g., spreadsheet data) onto the view of the table, the database application determines if the content to be pasted extends beyond the number of rows (records in a database) or columns (database fields) currently displayed in the table view.

If the content extends beyond the number of rows or columns currently displayed, the database application automatically adds one or more records or fields to the structured object on the storage device, and updates the table view to display one or more rows or columns corresponding to the records or fields added to the structured object. The inventors are Geoff Schuller and Yan Guo.

Patent number 8103893 is for thermal management of devices by suspension of offline diagnostic activities. The invention provides both a peripheral device that regulates its own temperature by adjusting its power consumption, and a method to accomplish the same. The method generally includes monitoring the temperature of the mass storage device and reducing power consumption when the temperature exceeds a certain threshold. Joel Burton is the inventor. 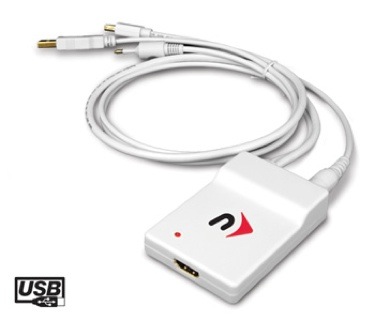