A German court has ruled that Apple has not infringed Samsung’s patents, “but has not said why,” according to “ZDNet” (http://macte.ch/6L8NQ). Samsung hasn’t said whether it will appeal the ruling, the article adds.

“We are disappointed that the court did not share our views regarding the infringement by Apple of this specific patent in Germany,” Samsung said in a written statement.
In related news, Apple filed another suit in Germany this week, seeking to ban sales of Samsung’s smartphone models, including the Galaxy S Plus and the S II, according to “Bloomberg” (http://macte.ch/ckS5ml).
The suit targeting 10 smartphones was filed in the Dusseldorf Regional Court and is based on Apple design rights Apple in Europe, court spokesman Peter Schuetz said via phone today. Apple also started a separate suit against five Samsung tablet computer models related to a September ruling banning the Galaxy 10.1, he said.
Earlier this month, in Italy, Judge Marina Tavassi of the Tribunale di Milano — the Milan-based Italian first-instance court for patent cases — rejected a Samsung request for a preliminary injunction against the sale of the iPhone 4S in Italy, reported “FOSS Patents” (http://macte.ch/BiQJE). 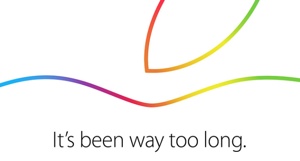