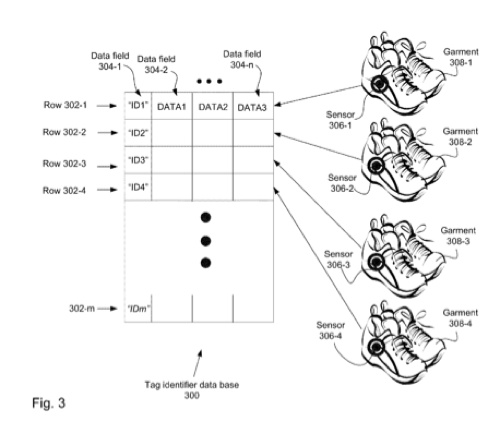 A new patent (number 8099258) at the U.S. Patent & Trademark Office shows that Apple is working on a “smart garment” for exercises and athletes. It builds upon the idea behind the Nike iPod Sport Kit.

The invention relates generally to performance monitoring. More particularly, methods and apparatus electronically pairing an authorized garment and a sensor that receives data from the garment are disclosed.

Per the patent, a sensor authenticated to a garment transfers information, either wirelessly or wired, to an external data processing device. Such information includes location information, physiometric data of the individual wearing the garment, garment performance and wear data (when the garment is an athletic shoe, for example). The external data processing device can be portable digital media players that are, in turn, in wireless communication with a server computer or other wireless devices. The inventors are Brett G. Alten and Robert Edward Borchers.

Here’s Apple’s background and summary of the invention: “The use of devices to obtain exercise performance information is known. For example, simple mechanical pedometers have been used to obtain information relating to walking or running. A typical mechanical pedometer is a standalone device merely displays an indication of number of steps taken which, typically at most, can be converted to distance traveled by multiplying the number of steps taken by an estimated average stride distance.

“More sophisticated devices are also known. For example, as described in U.S. Pat. No. 6,898,550 (the ‘550 patent), a foot-mounted unit, including a sensor for sensing motion of the foot of a user, is configured to provide motion information wirelessly to a wrist-device. The wrist device includes a display for displaying information to the user based upon data accumulated by the foot-mounted unit and transmitted wirelessly to the wrist device.

“Unfortunately, however, it is becoming more commonly practiced to place the sensor at locations on a garment (shoes, for example) that are not specifically designed to physically accommodate the sensor and/or calibrated to accurately reflect data supplied to the wrist device. For example, Nike Inc. and Apple Inc. have joined forces to provide what is referred to as the Nike iPod Sport Kit that is a wireless device kit that allows communication between a pair of specially configured Nike+ shoes and an iPod nano.

“The Nike iPod Sport Kit is arranged such that at least one of the Nike+.TM. shoes includes a sensor (that includes an accelerometer/transmitter) mounted under the inner sole and a receiver that communicates with the iPod nano. In order to accommodate the sensor and provide appropriate data to the iPod nano, the shoe must be a Nike+. model with a special pocket in which to place the sensor. However, some people have taken it upon themselves to remove the sensor from the special pocket of the Nike+ shoe and place it at inappropriate locations (shoelaces, for example) or place it on non-Nike+ model shoes. Therefore, what is desired is a method of electronically pairing a sensor and an authorized garment.

“An embodiment of this invention pertains to linking an authenticated sensor with one or more authorized garments (such as running shoes, shirts, slacks, etc.) that can provide in addition to current physiologic data of the user, garment performance statistics (i.e., rate of wear of a running shoe), location of the garment and any related information (location of near-by eating establishments, for example) and any other garment related data. In one embodiment, the sensor can be authenticated for use with a particular garment using, for example, an identification device (such as an RFID type device). In this way, only an authenticated sensor can be used to provide information to the wearer of the garment.

“As an electronic consumer product system, yet another embodiment of the invention includes, for example, at least: a sensor, and a garment electronically paired with the sensor, wherein the sensor receives data from the garment and passes a portion of the data to an external circuit for further processing.” 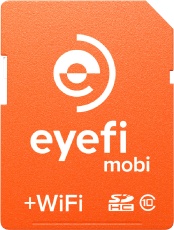