‘USA Today’: iTV will be 42 inches and bigger

“DigiTimes” has claimed that the rumored iTV (an Apple-branded HDTV) will be available in 32-inch or 37-inch models. However, “USA Today” says (http://macte.ch/ZV0RH) Apple is looking at a 42-inch or larger LCD TV with built-in Wi-Fi.

In fact, “inside the locked-down studio of Jonathan Ive, senior vice president of industrial design at Apple, there’s a slick 50-inch TV,” the article says, quoting an unnamed “source who worked at Apple.” “USA Today” also reaffirms things that have previously made the rumor rounds, such as:

° The iTV also is expected to sport different forms of control from a typical TV remote, such as Siri voice technology.

° The iTV is likely to pack a computer chip that could iOS and give the device app.

° Apple’s AirPlay, already in the Apple TV set-top box, would allow wireless connectivity with iPads, iPhones and iPods, and the devices could be linked by AirPlay to the iTV for game play and TV interaction.

° Apple’s iCloud storage could house all the content independent of any of the devices, making it a buy-once, use-anywhere service for all of Apple’s gizmos.

However, the article notes that Apple is working to secure content needed to make an iTV succeed. However, the company has been unable to cut deals that would let it offer first-tier TV network programs for an à la carte iTunes TV service, which is “a key element to launching a revolutionary iTV,” notes “USA Today.” 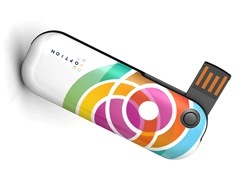 HoudahSpot for Mac OS X gets improvements to its results display, more