4Fig Applications has announced Aircraft Recognition Quiz 1.0, its new gaming title for iOS. The US$1.99 app challenges you to identify over 500 aircraft and helicopters.

PixelMat has unveiled Pointy and Pokey 1.0 for iOS. In the $0.99 story your child gets to decide the hero. Pointy, a shy and adorable hedgehog is the best friend of a naughty porcupine, Pokey. Pointy and Pokey adapts itself to your child’s interactions.

kode80 has introducedGLSL Studio. It’s a $1.99, OpenGL programming environment for iOS enabling graphics/game developers to work on GPU code and effects directly on their iOS devices while also providing an environment for aspiring developers to learn through experimentation. GLSL, OpenGL Shader Language, is a GPU programming language used by most modern portable devices and new technologies such as WebGL.

InterServ International has debuted A+ Word Puzzle for the iPad. It’s a $1.99, “arcade action infused, word puzzle blast.” It challenges users to find words hidden in grids of letters, diffusing word bombs to move from one stage to the next while highlighting as many other words as they can along the way to get the best score possible.

Oceanhouse Media has published Dr. Seuss’ “If I Ran The Zoo” ebook for iOS devices. It’s available at an introductory price of US$2.99. 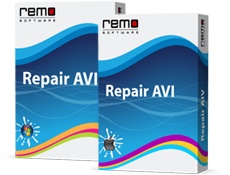