A group of more than 30 Mac and iOS developers are donating one day of their app sales to charity this holiday season in a campaign called “Apps for Water.”

All proceeds from the one day sale on Tuesday, Dec. 20, will be donated to “charity: water,” a non-profit organization that brings clean and safe drinking water to people in developing nations.  The Apps for Water project is organized by Gaucho Software, who developed the Seasonality weather apps for the Mac and iPad.

“So many of us take clean water for granted.  You turn on a faucet, and clean water pours out.” says Mike Piatek-Jimenez, owner of Gaucho Software. “Unfortunately, almost one billion people still don’t have access to safe and clean drinking water.”  What many people don’t realize is the lack of safe drinking water is one of the leading causes of fatalities worldwide, with more than two million deaths each year from diseases stemming from the lack of clean water.

With overhead being covered by private donors, all third party donations to charity: water go directly to their water projects. “Through their organization, it only costs $20 to provide another person with clean water,” says Piatek-Jimenez.

Most of the participating developers are offering discounts to encourage more people to donate. A full list of participating apps is available on the Apps for Water (http://appsforwater.com). 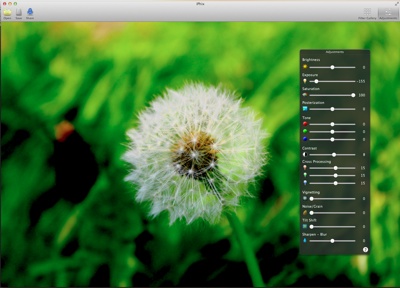