Avernum: Escape from the Pit comes to the Mac 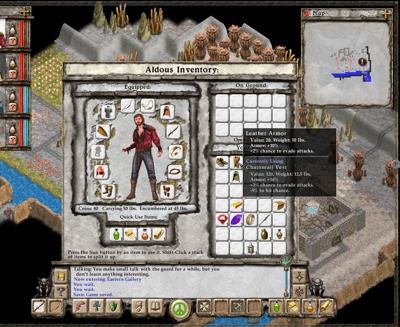 Spiderweb Software (http://www.spiderwebsoftware.com) has released Avernum: Escape from the Pit (http://www.avernum.com/avernum/index.html) for Mac OS X. It costs US$20.

“You have been banished to this underworld, never to see the light of day. While the surface continues to suffer under the iron fist of Emperor Hawthorne, you will enter into a battle for survival in Avernum, a hungry and fragile nation deep in the underworld. The people of this world have not given up, however, and they are forging a new nation of their own with steel, magic, and dreams of returning to the sun. Join them, explore a huge game world, hunt for hundreds of magical artifacts, choose from hundreds of quests, and become the hero of the underworld!”