According to IDC (www.idc.com), the enterprise segment continued to grow at a steady rate and increased 7.7% over the same period last year. While the pace of the enterprise WLAN market growth has been steadily decreasing over the last several quarters, the market continues to be one of the faster growing networking market segments, according to the research group.

The transition from the 802.11n standard to the newer and faster 802.11ac standard is progressing rapidly and above expectations in the enterprise segment. After just four quarters of product availability, the 802.11ac standard already accounts for 19% of dependent access point shipments and 30% of dependent access point revenues, a noticeably faster adoption rate than what the market experienced with the 802.11a/b/g to 802.11n transition several years ago.

The primary reasons behind this trend lies with aggressive pricing for the 802.11ac access points adopted by most vendors with minimal or no price premium over the 802.11n products and to the inherent benefits of 802.11ac products in high density environments.

The consumer WLAN market had a very good quarter in 2Q14, growing 10.9% year over year. The gains in the consumer WLAN space benefitted from the ongoing transition from the older 802.11n standard to the newer and faster 802.11ac standard as well as a solid performance in emerging markets, particularly in Asia/Pacific where China, as the second largest consumer WLAN market (behind the United States), jumped 36.9% year over year in revenue and a massive 81.3% in unit shipments.

“The continued worldwide growth of WLAN across different verticals and use cases demonstrates WLAN’s importance to today’s enterprise, as it supports a growing number of business-critical mobility applications,” says Rohit Mehra, vice president, Network Infrastructure, IDC. “While growth has stabilized, enterprise requirements around mobility and cloud applications, as well as the emergence of the Internet of Things, are driving network upgrades and greenfield deployments. This, along with the rapid uptake of the 802.11ac standard, will help sustain WLAN market growth in the near to mid-term.” 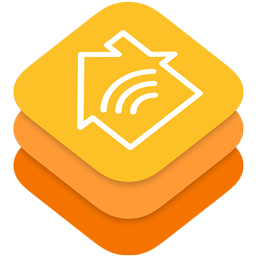 SSDs not going to replace HHDs any time soon