“Hitachi and Sony are reported to have teamed up to supply Apple with 4-inch LCD displays for an unspecified iOS device that will hit the market in 2012. Meanwhile, Apple is also said to be working on a fundamentally distinct display technology for the iPad 4.” — “AppleInsider” (http://www.appleinsider.com)

“Apple reportedly is set to launch its new MacBook Air series notebooks with panel sizes of 11.6-inch, 13.3-inch and 15-inch in the first quarter of 2012 and will directly compete against ultrabooks from PC brand vendors, according to sources from the upstream supply chain.” — DigiTimes (http://www.digitimes.com)

“A source inside Apple Retail has shared with us the numbers for Apple’s Black Friday sales event.  Black Friday is always huge shopping day and Apple forecasted at least 4X sales for the day.  However, because Apple did have the lowest prices on big ticket items like the iPad, it blew away forecasts by 7PM and unsurprisingly had its biggest sales day of all time.” — “9to5Mac” (http://www.9to5Mac.com)

“Apple’s data center has been a disappointing development for many residents, who can’t comprehend how expensive facilities stretching across hundreds of acres can create so few jobs, especially after thousands of positions in the region have been lost to cheaper foreign competition.” — “The Washington Post” (http://macte.ch/p0Fke)

“Apple has filed an interesting patent with the US Patent & Trademark Office that details a revolutionary type of interface. The filing also contains a new social networking application for iOS.” — “iDownloadBlog” (http://www.idownloadblog.com)

“Sharp is said to be ramping up production of LCD panels for the next-generation iPad after an investment from Apple for its manufacturing facilities.” — “AppleInsider” (http://www.appleinsider.com) 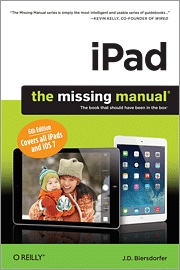