Chitika Insights (http://www.chitika.com) — a data analytics company in the business of on-line advertising — has investigated the adoption rate of iOS 5 following its Oct. 12 release. The research group analyzed iOS traffic from Oct. 22 to Oct. 29 to determine which Apple product users were more willing to update.

According to Chitika’s data set, 38% of iPhone users had already updated their mobile devices to the latest version of iOS. The iPad came in second in the study with 30% of all users updating to or already using iOS 5.

The iPod registered the smallest count of devices updated to iOS 5, with only 12% of users choosing to upgrade. This demographic is made further evident by the portion of devices running on older versions of iOS, with almost 80% of consumers using iOS 4.

“Evidently those using the iPod aren’t interested in upgrading to the latest software, most likely because their iPod’s are mainly used for media or on the go purposes,” says Chitika Insights. ” While the iPad is functionally similar to the iPod, consumers appear to truly care about having the latest software. This could be attributed to iPad users desire for greater utility and have a more frequent and open interaction with the device’s UI. The iPhone 4S sold over 4 million units in the first weekend, so this certainly contributes to the heightened volume. However, this could be compounded by the fact that many consumers use their cellphones as their primary mobile device, and update it as necessary due to its great utility.” 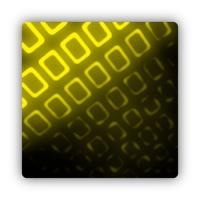