Netflix (http://www.netflix.com) has reversed course and says it won’t rename its DVD-by-mail service, as previously announced. Members will continue to go to the Netflix web site for both unlimited streaming and unlimited DVDs.

Netflix said in a Sept. 18 blog post that its DVD-by-mail service would operate at Qwikster.com. Instead, U.S. members will continue to use one website, one account and one password for their movie and TV watching enjoyment under the Netflix brand.

“Consumers value the simplicity Netflix has always offered and we respect that,” says Netflix co-founder and CEO Reed Hastings. “There is a difference between moving quickly — which Netflix has done very well for years — and moving too fast, which is what we did in this case.”

In July Netflix ditched its US$9.99 monthly unlimited DVD-rental and streaming combination plan. The company separated DVD and streaming services into two separate plans, each priced at $7.99. A combo plan was announced, but at an increased rate of $15.98 a month. There is also a standalone DVD rental plan that lets the user check out two discs at a time for $11.99 per month. 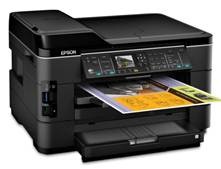