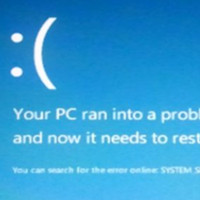 Wow, Microsoft has certainly improved Windows 8. Now, when the obligatory hourly reboot comes up — oh my gosh, did you save your work? — a remodeled “blue screen of death” pops up complete with an artistic flare. The standard blue screen now has some text advising the ever compliant PC user that the time has come again to reboot. (See http://www.pocket-lint.com/news/42056/blue-screen-of-death-windows8 .)

I propose an alternative PC blue screen where a giant message reads “Get a Mac! You wouldn’t have had to reboot.” That is, in effect, exactly what a lot of people are doing these days — refreshing their computers with a mobile computer or Mac. I am doing some Faux wall art right now for a lady that is really ticked off that her brand new printer takes the day off a lot and won’t print. The next day it might work fine. Her new no-name PC has had its mother board replaced recently, and itstill won’t work worth a hoot. “I really wish the family hadn’t pushed me into getting a darn PC, I really liked my old Mac,” she told me.

Peer pressure is sort of the same thing as a fear factor, when you are so invested in tedious mediocrity that you keep buying junk over and over. Windows 8 is being pushed by all the familiar faces. Microsoft is spending a fortune advertising it and MSNBC (Microsoft/NBC) is running a favorable web story every day on the new PC OS. The question in everyone’s mind is this, “Is the day of the PC really over, as Steve Jobs announced? ”

You can’t be one of the richest men in the world without some wisdom and Bill Gates once said, “When you don’t obsolete your own product, you are doomed to see the competition do it.” That is exactly what Microsoft has done under Ballmer. Playing “follow the leader” never allows you to be the leader and you see your product obsoleted by the competition and new technology.

The supposed underpinnings of the new PC Windows 8 is reportedly going to allow a version that runs on tablets. Time will tell much more accurately how true that is and what applications it will run. Taking another idea from Apple, which has been merging the Mac OS X with the iOS in many respects, Microsoft is attempting to merge it’s new Mobile Windows OS with the PC versions. Samsung is reportedly working on supplying a Windows tablet that is slated to be released in about a year. Right now, they refer to the Windows on a tablet OS as “pre-beta.” As I understand Microsoft terminology, that means it is one step further along than vaporware.

If Apple can crush Android, Redmond hopes to be able to follow with their own software to continue the “we write the software, you build the hardware” business model that spawned the PC industry. One thing that actually helps them is that they are so late getting to market, they can hopefully avoid a lot of the pitfalls Android has fallen into.

I am looking forward to updating my old iPhone 3Gs until my contract with “No Bars in More Places” AT&T gives up. Then I will be free to buy the newest iPhone on the network that offers the best deal and, hopefully, best service. My iPad 1 is also going to get a breath of new life when the iOS 5 for iPad is launched. It is so cool that even older Apple hardware gets such an update from free system upgrades. 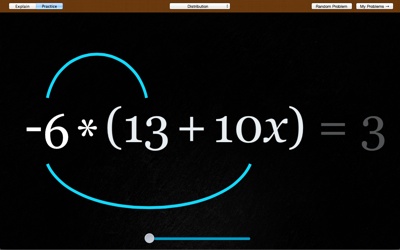 Amazon releases A9 toolbar for Firefox