The Mac will doubtless bear the trend, but worldwide personal computer unit growth is on pace to total US352 million units in 2011, a 3.8% increase from 2010, according to the latest preliminary forecast by Gartner (http://www.gartner.com).

The notably lower outlook for 2011 personal computer growth is largely due to sharply downgraded forecasts for Western Europe and the United States in the second half of the year. The lower outlook for 2012 is the result of a weaker 2011, and also a slower start to 2012 — with an expectation for better growth in the second half of next year as economies stabilize and new mobile computer form factors enter the market.

Even so, the slowdown in the market is notable. Total unit shipments in 2012 are expected to barely reach 400 million units, which was originally a target for 2011, says the research group. Gartner analysts said that while computers remain important to consumers and businesses, purchases can be easily delayed, especially when there are complementary devices that are seen to be more attractive.

“Media tablets have dramatically changed the dynamic of the computer market and HP’s decision to rethink its PC strategy simply highlights the pressure that PC vendors are under to adapt to the new dynamic or abandon the market,” sysGeorge Shiffler, research director at Gartner. “Vendors’ tried and true business models are failing as traditional computer functionality is extended to other devices, and users continue to lengthen computer lifetimes. Vendors only seem to be flailing as they look for quick fixes to their problems. Unfortunately, the resulting chaos is just creating more confusion across the entire computer supply chain, impacting sell-in.”

Apple sold 3.95 million Macs during the last fiscal quarter, a 14% unit increase over the year-ago quarter. March marked the 20th consecutive quarter that Mac shipment growth exceeded that of the PC market. 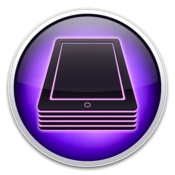