App downloads in the U.S. are booming to the tune of 40 apps per user per year, according to Yankee Group’s (http://www.yankeegroup.com) 2011 US Consumer Survey, but not all platforms are participating equally in the frenzy.

Android developers make much less money from paid apps than do Apple iOS developers. A recent survey of 75 Android developers conducted by Skyhook suggests that rampant piracy of Android apps may be the primary culprit. Findings include:

° Piracy is a problem for Android Among the Android developers surveyed, 27% see piracy as a huge problem and another 26 percent see it as somewhat of a problem.

° Piracy hurts developers’ top and bottom lines. About a third of developers say piracy has cost them in excess of US$10,000 in revenue. Additionally, 32% say it increases their support costs, while another quarter say they see increased server costs due to heavy loads imposed by pirated copies.

“Android apps are living in the Wild West without a sheriff,” says Carl Howe, Yankee Group director of research and author of the report “Android Piracy: How Republished Apps Steal Revenue and Increase Costs.” “With five other major mobile OSs competing for consumer dollars, Google can’t afford to simply let pirates kill app developers’ businesses. They need to foster some law and order or developers will flee to other platforms and Android will lose customers.” 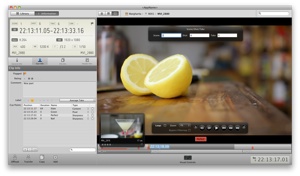