Polkast, a service that allows consumers to access and work on their digital content from anywhere at any time, is now available for the iPhone and iPad. By creating your own direct cloud, privacy and security are under your control. Using Polkast is as easy as downloading the free app from http://www.polkast.com and logging in.

Ambrosia Software has announced HypnoBlocks, a 3D block matching game for the iPad. In the US$0.99 app you match 3D blocks as fast. Use Multi-Touch to rotate the dynamic game field, and tap multiple blocks for combo bonuses.

Realore Studios has introduced Roads of Rome HD 1.0, a strategy game title for the iPad platform. The $2.99 app involves strategic planning and thinking. Players have the opportunity to experience a story set in ancient Rome with a blend of building simulation, casual strategy and time management gameplay in 40 levels. The game features gameplay with four different episodes in varying landscapes.

Mobilewalla has launched Mobilewalla for the iPhone and iPad. The free app allows smartphone users to browse for their favorite apps from 21 categories among the more than 800,000 on the market. Every app on the market is categorized.

Chapper Apps has debuted I Found It 1.0, a “spot the difference” game for the iPad. Each photo has 10 differences configured. Each game loads the photos in a random order, and randomly chooses five of these differences that the player must find compared to the non-edited photo. The result is up to 252 possible combinations of the differences used in each photo. I Found It 1.0 is free; an in-app purchase ($0.99) allows the game’s photo album to be increased.

The Milner Group has served upTheLandlordApp 1.0, a property management application for iOS. It’s a $9.99 solution for any landlord who manages his or her own properties. The app maintains records for the IRS, which are exportable to Excel. You can store all relevant tenant info, calculate cash flow for all properties, and even advertise on Craigslist.

Vitzu has created Cartoons by Vitzu 1.0, a free cartoons library for iOS. Open up the app to find cartoons from classic animation such as Popeye the Sailor Man to brand new episodes of Beast Wars Transformers or Angelina Ballerina. Just touch “play” and the app will connect you straight to YouTube.

BBC Worldwide, the BBC’s commercial arm, is offering audiences across Europe what it says is the first-ever opportunity to delve into a digital mix of classic and contemporary British TV programming with the launch of the new, free global BBC iPlayer app, available exclusively on iPad at http://www.bbc.com/iplayer/tv .

Gammon Mobile Development has cooked up Dairy Free Fast Food 1.0 for iPhone, iPod touch and iPad users. This $0.99 application informs users where they can safely purchase dairy free fast food. It’s a new launch that lists the dairy free menu options of all the most popular fast food restaurants, along with any known cautions, such as cross contamination.

RaiX has driven out Power Racer 1.0, a driving game for iOS devices. The $0.99 app puts players in the driver’s seat of the world’s fastest electric vehicle. The goal is to steer the car along various roads, avoiding obstacles and oncoming cars, while collecting battery power packs to preserve your speed. Players control the vehicle by tilting the device left and right making the game quick to play.

Unusualsoft has announced TRITRI 1.0, a match 3 puzzle game for the iPhone, iPad and iPod touch. In the $0.99 app, different shapes in different colors are falling, bouncing and spinning. Players can stop them by matching three or more of the same color. TRITRI offers four different worlds with different gravity, five unique game modes, normal and hardcore speed mode, 23 online scoreboards and more.

RIAMS Software has released PadDraw Holidays 1.0 for the iPad and iPad 2. This $0.99, children’s oriented art app gives kids of any age the chance to get into the holiday spirit by coloring in scenes from their favorite seasonal celebrations. The app’s coloring tools range from those easy enough for a toddler to utilize, to more advanced techniques that challenge young users to color in the lines themselves.

Maroe Susti has introduced Sea Colours for iPad users. The $1.99 application was specifically developed to help children between the ages of 4-8 learn about colors via three bilingual stories that follow the life of three different sea creatures. Each screen has side-by-side English and Spanish text, and features colorful graphics.

Travelzoo, an Internet media company, has debuted its first iPhone application, allowing Travelzoo subscribers to access outstanding travel, entertainment and local deals while on the go.  The free app is now available on the iPhone in the United States and will be rolled out into the eight other counties where Travelzoo publishes deals later this summer.

Gameloft has rolled out Silent Ops for the iPhone, iPod touch and iPad. In the $6.99 game you join a secret organization protects the world from the invisible threats of the 21st Century that other agencies aren’t equipped to handle. 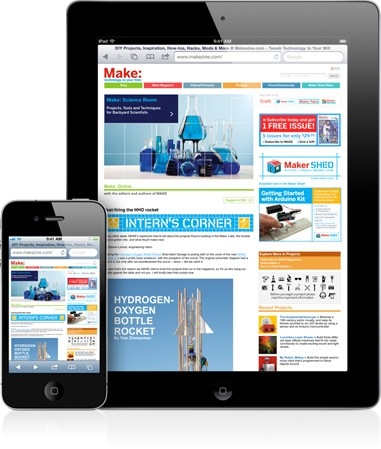