Bloomberg reports that another patent auction is coming up where Apple and Google will be going head to head. This time it is over about 1300 patents being sold off by InterDigital. The power of the patent portfolio is well understood by the industry as the iOS and Android war goes forward. http://www.bloomberg.com/news/2011-07-20/google-said-to-be-among-companies-considering-interdigital-bid.html

Google is long on innovation but short on patents to protect its projects. Apple has the advantage of having developed the iPhone and iPad under wraps and patenting the heck out of both ground breaking products before they were released.

Google is playing catch up, but has been caught using the logical but Apple patented methods of doing things in a touch screen smartphone. That is the problem for both companies. Google thinks the obvious way Apple did things shouldn’t be patented and Apple says, hey wait a minute, that is our invention. The courts and the US International Trade Commission are trying to sort it all out.

The problem is that inventions seem obvious only after they have been invented and implemented. Solving a problem that is perplexing with an elegant solution is the brass ring for inventors. Apple likes to keep it simple and create a logical solution to user interface issues. Then they patent the solution to own the look and feel of their products.

Since Google is a more recent player in the smartphone market, they don’t have the patents Apple does. Buying the patents others are selling is sort of like doing research and development with pure cash. You buy patented technology that is well defined and protected. That short circuits the time element in R&D and allows you to pick and choose exactly what you want to protect and add to your products.

InterDigital’s patents may seem a treasure trove to both Apple and Google. They both have billions of dollars to pay for slam dunk innovation described in those patents. If you could attend the auction you might want to avoid scratching your nose. You might be on the hook for enough to balance the US Budget. That’s Greg’s Bite 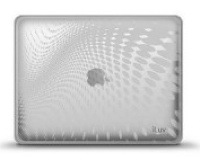