Grayscale Kitchen 2.0 (GK) was designed to provide the most convenient,
efficient method of prototyping a user interface. Currently, there are
no good UI prototyping utilities available, forcing most developers to
use a paint program or Hypercard to design their interfaces- a practice
that is barbaric considering the progress of technology today.

With Grayscale Kitchen, developers no longer have to spend countless
hours lining up pixels in a paint program to see what their new UI will
look like. With GK, all they have to do is click and drag, and they can
experience their UI inside GK without ever compiling or writing code.

GK 2.0 now features a never-before seen “hands-on” approach to interface
development. Instead of constructing a facsimile of an interface and
compiling code to see what it will really look like, developers can
simply click on an interface object they want (buttons, seperators,
popup menus, etc.) and drag it to their UI layout. With this approach,
developers see immediately what their interface will look like AND
experience it as the user would, something that no other Macintosh tool
can provide.

1. User mode. The user mode is the mode in which all UI objects act as
they would when they are being used in a normal situation. User mode
allows developers to experience their UI without writing any code.

2. Construction mode. In construction mode, developers build their user
interfaces visually. If a developer sees a UI object he wants, he just
clicks it and drags it to his interface layout.

1. Use ideal size. For many UI objects, there is an ideal size for that
object according to Apple’s UI guidelines. GK 2.0 will automatically
resize a UI object to its ideal size if available.

2. Arrange, align objects. Objects in an interface layout can be
aligned relative to each other and to the window in which they are
contained.

3. Finder-like document exploration. GK 2.0 documents are explored in
an outline view similar to that of the Finder.

4. Advanced tag editor. For editing properties of UI objects, GK 2.0
features an advanced data storage architecture in which all objects use
the same data storage format, and the same tag editor.

For $25, GK 2.0 is the most cost effective interface prototyping utility
available. Why spend countless hours pushing pixels in a paint program
when you can build your application visually *and* experience what the
user will WITHOUT COMPILING?!?

Along with a license to Inside Grayscale Kitchen 2.0 (IGK), developers
can load their saved interfaces with a only a few lines of code. The
updated source code package: IGK 2.0, is coming soon. Look for new
features such as a document architecture, more grayscale UI objects, and
Finder-like exploration views.

“We find [Inside] Grayscale Kitchen an invaluable interface prototyping
tool. The presence of a robust object oriented interface framework
reduces the amount of work that has to be done to demonstrate concepts.
Advanced capabilities such as Drag & Drop, and UI-Object style controls
are an additional bonus.” – David Slik, Paradata Systems

A 30 day free-trial is available at:
http://www.viperware.com/grayscale_kitchen/inside.html 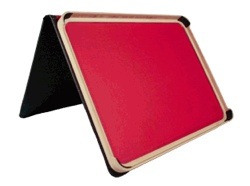