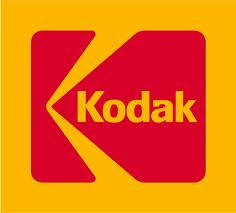 It seems everyone but Apple want to spend the giant nest egg that Apple has built up. One interesting candidate is a company with a very familiar name. Kodak has offered to sell 1000 patents on digital photography. Apple is in the market to buy patents at least. Some think Kodak, valued at about US$650,000,000 is an interesting purchase for Apple. See: http://seekingalpha.com/article/280701-why-apple-should-buy-kodak-s-patents-or-possibly-the-whole-company

Kodak has been losing money despite its best efforts to convert from film to digital photography. While the company isn’t making money, there might be an interesting concept of buying the company, striping it of patents and selling the shell that is left. Someone might pay some pretty good money for the name and brand Kodak which would reduce the cost of the patents Kodak owns to chump change for Apple.

The article I cited above has merit and makes sense in the current legal climate in smartphones. Patents are like poker chips and having a nice stack of them in front of you makes you a stronger player.