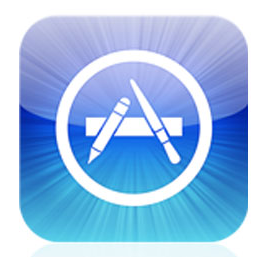 Apple has not lost the “App Store” copyright dispute with Amazon. Losing a single motion in court is an every day occurrence for attorneys. I am not an attorney, but I did ace a course in “Civil Procedure” some years ago as part of a paralegal program.

Motions are commonly made with little or no chance of winning for tactical reasons. Hey, if you don’t ask you never know, maybe the judge will grant your motion.

I read stories in the tech press where writers unfamiliar with court proceedings thought not getting an early injunction was losing the entire case. PCWorld posted a story “Apple Loses “App Store” Legal Action Against Amazon”.

In a football game, fumbling the ball won’t doom the team to lose. It is just part of the game. So it is with court proceedings. Each side will make motions that are granted or denied. Apple hoped its early filings were strong enough on their face to cause the court to grant Apple’s motion to stop Amazon from using the copyrighted term, “App Store”.

There is a presumption that copyrights and patents are valid and thus with a clear violation of a registered copyright, Apple was within its rights to demand an injunction. Amazon claims the term is generic and that the copyright is not valid. That is the issue the court will decide when the case goes to trial. At trial the court could decide Apple is right and that Amazon is violating Apple’s valid copyright and issue the injunction that was recently denied as being premature.

On the other hand, the court could side with Amazon that the term is, in fact generic and basically cancel Apple’s copyright for all practical purposes. This case is far from over. See yesterdays MacNews post on this issue: Judge: “App Store” not “prominent and renowned”?