Rogue Amoeba has updated AirFoil for Mac OS X to version 4.5. It can now receive audio directly from any iOS device and iTunes. It also offers support for new AirPlay receivers from companies such as JBL, Denon and iHome.

Airfoil lets users send any audio to the AirPort Express from media players like RealPlayer and QuickTime to audio web sites like Pandora and Last.fm. You can use it to transmit any audio to multiple AirPort Express units, providing synchronization between units. Audio can now be played through local computer speakers as well, in sync with remote playback. What’s more, any Mac can be turned into a virtual AirPort Express, with the complimentary Airfoil Speakers application.

Run Airfoil Speakers on any local Mac, and it will appear in Airfoil as a standard output. With one click, audio can be transmitted to Macs around the house, all in sync and with no AirPort Express required. This audio can also be synced this with local playback and playback to AirPort Express units.

Airfoil is immediately available for Mac OS X 10.6 and up. New users can purchase Airfoil through the Rogue Amoeba store (https://rogueamoeba.com/store/) for US$25, while owners of Airfoil 2.x and 3.x can upgrade for $10. Version 4.5 is a free update for registered users of version 4.x. A demo version is available for download. 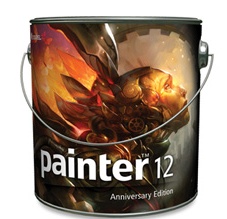