ComScore Japan KK, a wholly owned subsidiary of comScore (http://www.comscore.com), which “measures the digital world,” has released the latest insights into mobile usage in Japan from its comScore MobiLens product.

The report found that Google Android led as the top smartphone platform in March 2011 with 4.6 million users, more than doubling its subscriber base from December 2010. Apple ranked second with 3.9 million mobile subscribers in Japan.

Although Google Android has become the largest smartphone platform, iPhones remain atop the list of most popular devices in Japan. A ranking of the top smartphone devices by number of subscribers reveals that three of the top five devices are iPhones while the other two, Sony Ericsson’s Xperia and Toshiba’s REGZA, both operate the Google Android platform.

In March 2010, more than 9.7 million people owned smartphones in Japan (defined as those phones that use the Google, Apple, Microsoft and other platforms), an increase of 71% from September 2010, as smartphone adoption has continued to accelerate in Japan. The surge in smartphone adoption during the past six months has been led by Android devices, which has increased its installed base by nearly 3.8 million users while the market as a whole has grown by 4.1 million users.

Google Android led as the top smartphone platform in March 2011 with 4.6 million subscribers, more than doubling in just the past three months. Despite giving up its #1 position, Apple still grew 17% in the past six months to 3.9 million mobile subscribers. The two leading platforms accounted for 87% of the smartphone market in Japan. 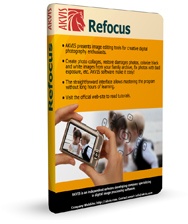