As we noted yesterday, Apple has been awarded patent 7,966,578 for the iPhone by the US Patent & Trademark Office. It’s for “a portable multifunction device, method and graphical user interface for translating displayed content.”

Intellectual property experts say the patent is “so broad and far-reaching that the iPhone maker may be able to bully other smart phone manufacturers out of the U.S. market entirely,” says “PCMag” (http://macte.ch/RlGNK). The publication says patent experts it has consulted think the patent “could prove to be hugely problematic for other makers of capacitive touch-screen smartphones.”

Apple’s patent essentially gives it ownership of the capacitive multitouch interface the company pioneered with its iPhone, said one source. That may well result in a new round of lawsuits over the multitouch interfaces used in smartphones made by the likes of HTC, Samsung, Motorola, Research in Motion, Nokia, and others that run operating systems similar in nature to Apple’s iOS, like Google’s Android, says “PCMag.”

Another patent expert said Apple could use its newly awarded patent to “bully” rivals.

“This patent covers a kind of functionality without which it will be hard to build a competitive smartphone,” Florian Mueller, an award-winning intellectual property activist with 25 years of software industry expertise who blogs at “Foss Patents” (http://fosspatents.blogspot.com/) told “PCMag.” “Unless this patent becomes invalidated, it would allow Apple to stifle innovation and bully competitors.

Path Finder 43% off today only

Safari 10 arrives on the scene 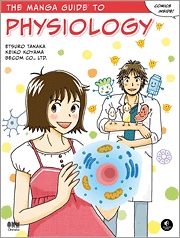