When Cambridge Friends School (http://www.cfsmass.org) Head Peter Sommer first got the word that Bill and Elissa Warner were offering a full slate of iPad tablets for sixth grade students and faculty, his first response was elation, and his second was to inform his two sixth grade teachers, Sandra Rojas and Brooke Chandler, “that the most compelling new electronic device since the PC was about to debut in their classrooms.”

Sommer, who was director of education at the Columbia University Center for New Media Teaching and Learning prior to taking his post at Cambridge Friends School, sees the new Apple platform as a current, developmentally appropriate tool that can enhance the learning experience of Cambridge Friends School students. He approached Bill Warner, who has embodied technological innovation since founding Avid at his kitchen table in 1987, and his wife Elissa — parents of 2010 graduate, Lucas — on a pilot program that would introduce the iPad to the sixth grade curriculum. The Warners agreed to fund the program, and the school rolled out an iPad to every sixth grader in February.

“Our sixth grade classroom teachers, Sandra Rojas and Brooke Chandler, have done an exemplary job in integrating the iPads throughout the curriculum,” says Sommer. “They have used them across the board in every subject area: in history and in English, in math, and in science, where they collaborated with Science Teacher Debby Knight on students viewing time-release photos of an osmosis and diffusion lab. Reports from faculty and students have been very encouraging, and we are entirely grateful for the Warners’ extraordinary support. With such a successful pilot program, we are hoping to expand the iPad initiative to other Middle School grades.”

Now in her ninth year teaching at Cambridge Friends School, Rojas further explained how she and Chandler use the iPads to support project-based learning:

“There is a strong research component to the work we do in sixth grade,” she says. “During a project on Mayan culture, for example, students were asked to research the lives of the ancient Maya. From ancient trade routes to Mayan numbers, students used iPads as one of their research tools. One application in particular, Time Tours: Chichén Itzá, exemplifies the interactive nature of the iPad. You can view Mayan ruins on one slide. With the swipe of a hand, you can see what the ruins looked like 1000 years ago. That’s something which is more difficult to achieve in the 2D environment of the printed page.”

Chandler, who is now in her seventh year teaching at Cambridge Friends School and is an alumna of the school as well, says students always begin their research with books, that each sixth grader is assigned an iPad for use solely in the classroom, and that the iPads have replaced the portable laptop cart in her grade — a welcome change from cables, wires and sign-out requirements.

When asked how the iPads have created change, Chandler says, “Students are engaged in the material. They love sharing content as well as tips on using the technology. And while we as teachers make jokes about how there are such things as books still, Sandra and I feel certain that our students are often learning more than they would have without the iPads.”

Cambridge Friends School (CFS), the only Quaker school in Massachusetts, is a co-educational elementary school enrolling 190 students in pre-K through grade 8. 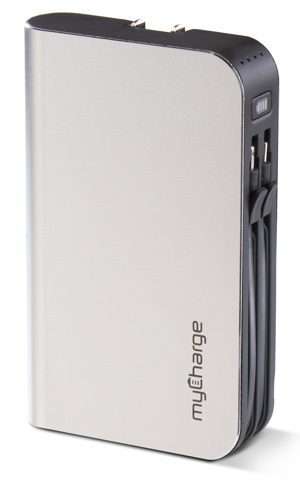