Apple is continuing to fight its corner over the use of the term ‘App Store’ and is still arguing that it is not a generic term, reports “The Inquirer” (http://macte.ch/7SmSl).

“Apple denies that, based on their common meaning, the words ‘app store’ together denote a store for apps,” said the company in a recent filing in a California federal court.

Apple sued Amazon over its use of the term back in March, having already sent it three cease and desist letters. Last month Amazon has responded in court to Apple’s trademark infringement lawsuit over the use of the term “App Store,” which Amazon has contended is generic and should be free to use.

Amazon’s response was filed in a U.S. District Court in the Northern District of California. The company says it doesn’t need to obtain a license or authorization from Apple to use the term “app store.”

“No such license or authorization is required because ‘app store’ is a generic term, and Amazon’s use of the term causes no likelihood of confusion, dilution, or unfair competition,” Amazon argues.

When Apple sued Amazon, it said the online retailer is using Apple’s “App Store” trademark for a mobile-software developer program. In a complaint filed March 18 in federal court in northern California, Apple accused Amazon.com of trademark infringement and unfair competition and asked for a judge’s order to prevent the company from using the “App Store” name, as well as for unspecified damages. 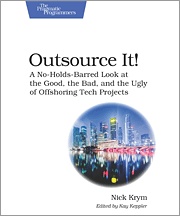