iPhone/iPod touch/iPad apps for May 17

Smart Technologies has announced a free app for Smart Bridgit conferencing software, the first app from Smart specifically designed to work on the iPad. Using any 3G or Wi-Fi Internet connection, app users can create and join collaborative meetings from anywhere to connect with local and remote participants in real time.

La Squiggle has released Bear Bounce 1.0 for the iPhone, iPad and iPod touch. With an array of animated animals and locations, the US$0.99 game is designed to provide a bouncing adventure for both kids and entire family. In Bear Bounce, players can collect power ups to earn points and post their scores online for tracking their own achievements.

Realore Studios has introduced an HD adaption of  a PC game called Island Tribe, now optimized for iPad. This $2.99, pick-up-and-play game with three episodes combines a mix of strategy, time management, and adventure into one package. In Island Tribe HD players find themselves on a mysterious island in the middle of the ocean inhabited by a forgotten tribe. Your mission is to reach the volcano.

Supportware has unveiled Poppin’ Frenzy 1.0, a cross-platform game for the iPhone, iPad and iPod touch devices. In the $0.99 app, you must pop the balloons from low to high and try to get the highest score by playing as fast as possible and upload your high score to an online list.

Artgig Studio has debuted Shake-a-Phrase 1.0, a new sentence-generating mobile app for iOS devices. The $1.99 combines physical device shaking with randomly generated sentences in a game for kids ages eight and up. The app actively engages kids in reading and building vocabulary during the course of play, while Quiz Me mode strengthens their understanding of parts of speech.

Duck Duck Moose has unleashed Word Wagon HD 1.0 for the iPad. Including more than 100 words, the $1.99 introduces letters, phonics, and spelling to children in preschool, kindergarten, and first grade, ages 1-7. Children can choose words from seven different categories As children play with Mozzarella the Mouse and his friend Coco the bird, they can create words and earn colorful animated stickers and stars. The iPad version includes additional seven-letter words.

In anticipation of the release of Columbia Pictures’/MGM’s summer comedy, “Zookeeper “on July 8, 2011, the studio has given us a free app themed to the movie. The Zookeeper application showcases a colorful, interactive environment in which users can play up to four animal-themed casual games.

InfinityK has rolled out Duck Hunt AR 1.0, their mobile revival of the 8-bit console classic for iOS devices. The $0.99 utilizes the devices’ augmented reality capabilities to allow users to shoot 8-bit ducks around any environment their device’s capture with their cameras.

Wallander Instruments has cooked up WI Orchestra 1.0, a music app for iOS devices. With the app you can create and record your own orchestral music on the iPhone and iPad. Five instruments are included for free, and all sections can be extended to a full orchestra via in-app purchase.

Oceanhouse Media has published its 100th Hay House app,  The Belly Fat Cure Sugar and Carb Counter, available for $4.99. It allows you to track the foods you eat and stay within your daily sugar and carb budget.

Fraga-games has created Ming’s Memory 1.0 for iOS. The $2.99 app is based on Traditional Chinese Medicine, and “will give the user the opportunity to de-stress with the help of The Five Elements.” Ming’s Memory was created “to bring people who live in modern society with all the stress, hectic and anxiety back to the wonderful world of Asian Landscaping, soothing sounds and Ying-Yang-Marbles,” according to the folks at fraga-games.

In coordination with Concord Hospital urologist Dr. Ronald Yap, 9magnets has developed Prostate Pal 2 and Bladder Buddy. Each free application offers a way for the user to keep up with their urinary health.

Byte Squared is offering Office Squared HD 4.0 for the iPad. The app — $5.99 for the iPhone version and $7.99 for the iPad version — introduces Microsoft Office integration and functionalities. The upgrade provides complete Microsoft PowerPoint capabilities.

Playwords, the 3-in-1 word learning app for kids, has been updated to version 1.5. Now with over 350 pictures and words, the new version of the $1.99 app also brings reward stickers and stamps, and new difficulty level controls. Playwords is designed for kids learning to read or starting to spell, It features three educational games of varying difficulty, and contains over 350 words accompanied with hand-drawn illustrations and narration.

JwalSoft has announced TVOut Genie 2.5, an update to their $2.99 universal app for the iPhone, iPad and iPod touch. It enables users to show different kinds of content on TV/LCD Panels straight from any iDevice. Version 2.5 introduces AirPlay as another way of presenting on TV in addition to many other features, including bookmarks, map types and performance improvements. AirPlay support is designed to work in WiFi/3G networks.

Batuhan Akalin has updated Melon Truck — an arcade and puzzle game for the iPhone, iPad and iPod touch devices — to version 1.0.3. The $0.99 app’s game play consists of launching melons from a melon truck to baskets that vary in points. Version 1.0.3 purportedly offers a better game play experience and enhanced graphics.

Algoriddim says djay for iPad 1.2 is now available. The new features, designed exclusively to leverage the high-performance dual core processor of the iPad 2, include time-stretching (key lock) and an enhanced audio analysis. The djay for iPhone & iPod touch app is available for $0.99, for a limited time only. At the end of the sale promotion, the app will be available for $4.99.

KPL Studios has released Basar Vehalav, The Kosher Reminder 1.20, an update to its $0.99 lifestyle app for iPhone, iPod touch and iPad devices. It’s an utility for Jewish users who wait between meat and dairy meals. The application supports up to four users at the same time and each one can have a specific waiting time. At the end of the waiting time, Basar Vehalav informs who can eat dairy meals.

Tarot Explorer is a new, $2.99 iPad version of the tarot readings from iFate. It features the same tarot readings as those found online, with enhanced 3D graphics, fluid-like animation and an original music score.

A new, free app from Flvorful Games allows iOS users to control their VLC media player. Velcro, available for the iPhone and iPod touch, is designed to provide a simple interface for users to browse playlists and control video by connecting to their VLC library.

Zuuka, a publisher of mobile children’s book applications, has launched the Kung Fu Panda 2 storybook for iPhone and iPad via its publishing label iStoryTime. The $2.99 app offers a way for parents and their children to get a sneak peek of images and hear original audio from the film before its debut on May 26.

iMingle Insurance, a provider of direct-to-consumer auto insurance in the US, has created a free iPhone app based on the DecisionMaker Mobile framework. It allows iMingle customers to manage their automobile policy through their Apple smartphone.

Scott Gruber has updated ShapeEffects for iPad to version 3.0. The update sports over 20 new features, including project workflow, over 150 backgrounds, over 500 pieces of clipart, text, printing via Airprint and email. In the $1.99 app, objects can be manipulated by rotating, changing the size, changing the border color, combining shapes into composites and more.

PhatWare has introduced WritePad 5.1, an update of the $3.99 French, German, and Spanish editions of the company’s note-taking and handwriting recognition software for iOS devices. Version 5.1 now offers an improved handwriting recognition engine with a letter shape selector, and adds the ability to upload WritePad documents to Google Docs and send SMS directly from WritePad.

Pool Break, a 3D pool game designed for the iOS platform, has been updated to version 1.0.2. The $2.99 lets you play pool, snooker and several other table games. You can play either against a an AI or online against other iPhone, iPad and even Android users. Full text chat is supported for increased interactivity during online games.

Kimico has unveiled BookBuddy 2.2, an update to its book management application for the iPhone and iPod touch. The $4.99 app is designed specifically for the iOS to give users full control of their book collection directly on their device. No additional desktop application or online service is required. Version 2.2 adds a backup/restore feature by integrating with Dropbox, the cloud-based synchronization service.

Alfstad Capital has updated Profentia, a mobile app from which subscribers receive daily commentary on the workings of capital markets, to version 2.0.1. The free provides both a daily snapshot of economic conditions and unique market insights investors can use for their own further research and analysis.

Vito Technology, the Apple Design Awards 2010 winner, has introduced Solar Walk 1.7, a major update to their 3D Solar System model application. In the $2.99 app, you take your seat in Solar Walk spaceship that will take you on a tour around our cosmic backyard. New features include search, explanatory movies, Twitter and Facebook sharing.

Elite Gudz has upgraded Graffiti Spray Can, its free graffiti art app. It now allows users to upload their best works to the Wall of Immortalz, vote on the work of others and share it all via Facebook, Twitter and email. 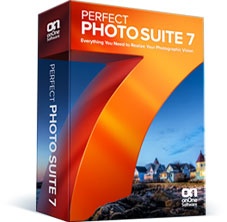