iPhone/iPod touch/iPad apps for May 5

Retina Software has served up F-Browser, an US$1.99 app that enables iOS devices to play Flash videos from websites. Flash videos are normally not viewable in the native Safari browser. F-Browser acts and works as a normal web browser for the iPhone.

The difference is, when a user happens upon a Flash video, they can instantly tell F-Browser to convert it for viewing. Flash videos are scanned and converted to a format supported by the iOS. The user can view all Flash videos, animations and elements from within the application. Once converted, files stay saved inside the application for fast viewing.

Synqua Games has announced Chillingham Manor for the iPhone, iPad, and iPod touch. This $0.99 matching puzzle game sports a re-playable campaign that throws gamers into the shoes of a rookie cartoon exorcist through Chillingham Manor.

Urban Anomaly has unveiled Seattle HitList, a $0.99 tool that identifies the best free sites and informal landmarks within the geographical boundaries of Seattle, Washington. The guide features over 80 B of high resolution photos, narrative, and geo-mapping of dozens of locations that meet the HitList criteria.

iNetwallpaper has introduced 3D Wallpaper Pro 1.0 for the iPad. The $0.99 app delivers “wallpaper” for the first and second gen Apple tablets.

Intersog Mobile has debuted Cam Capture 1.0, a free imaging utility for the iPhone 4. The app allows users to make quick snapshots straight from their mobile devices, organize and save them.

A-Tono has served up KeBouquet! for devices running on iOS 4.2 or later. The $1.99 app lets users design, send, and share customized virtual flower bouquets with loved ones.

Neon Play has kicked off Pro Football Touchdown 1.0 for iOS, a $0.99 game based on American Football. The game has three different game modes, each requiring the player to catch footballs to score touchdowns. The game features live global leaderboards and scores can also be posted to Twitter and Facebook to obtain bragging rights amongst friends. There are also over 20 achievements to complete using Game Center.

Thinknao software has presented Quoth 1.0 for iOS. The free game offers a new twist to word puzzles. You must use your knowledge and skills to fill in missing letters of famous quotes, sayings and anecdotes. You learn awards along the way and pass on your favorite sayings to friends and family.

Nemo Games has driven out Enduro 1.0, a driving game for the iPhone and iPad. The $0.99 game consists of maneuvering a race car in the National Enduro, a long-distance endurance race. The object of the race is to pass a certain amount of cars each day. The driver must avoid other racers and pass 180 cars on the first day, and 280 cars with each following day.

Out of the Park Developments has pitched out iOOTP Baseball 2011, a $4.99 iOS game for the iPhone, iPod touch, and iPad that puts players in control of a major league baseball team. It’s driven by OOTP’s Out of the Park Baseball engine.

WhiskIT has cooked up Spingredients 1.0 for iOS. In the $1.99 app, you challenge yourself to cook whatever it suggests, or use it for inspiration when creating new dishes or menus. Springredients suggests which ingredients best complement not only your chosen ingredient, but also each other.

RB Apps has unleashed Doggy Diva app for the iPhone and iPod touch. The $0.99 game is for dog owners who adore playing and dressing up their doggies.

TouchGen has published a free version of their iPad magazine, devoted to gaming on iPhone, iPod touch and iPad devices. This pilot edition features 15 reviews from 2008-2010 that earned TouchGen editor’s choice seal of approval.

Scribble Worm for iOS has wriggled out from Golden Hammer Software. In the $0.99 puzzle game for the iPad you use your finger to draw patterns on notebook paper. These patterns come to life as cutesy worms scribbled in crayon, wriggling their way across the paper. The goal is to reach an apple elsewhere on the page by drawing a pattern and anticipating the path of the resulting worm.

Mooee has updated GolfSites, a Golf GPS app for the iPhone, to version 2.0. Designed by golfers for golfers, the $19.99 app has all the bells and whistles of similar apps plus a Ball Path Tracking feature. By pressing your stroke button every time you hit a ball, GolfSites will remember where you’ve hit, and will show you your ball paths at the end of the game. All your scores will be recorded, statistics and location captured.

Finncodex has announced Neon Geoms 1.1 for iPhone, iPod touch and iPad users. It’s a update of the $0.99 physics game that requires a mixture of logic, skill and co-ordination to win. Players move a neon ball through various levels, collecting stars for points as they go.

RoGame Software has updated EarMan 1.5 for the iPhone and iPad to version 1.5. The $9.99 for musicians includes a lesson plan, graded test feedback, quick sessions, interval songs, incorporation of complementary intervals and features like support for Dropbox synchronization.

Dreams has released On the Way to Woodstock 1.0.6 for the iPad. This $6.99 interactive timeline app explores the phenomenon of how a generation evolved from sock hops to Woodstock. On the Way to Woodstock has over 100 hours of narrative, photography, videos and music from the 1950’s, the 1960’s and each of the artists that performed at the 1969 Woodstock Art & Music Fair. Over 100 rare color photos of Woodstock from award-winning photographer, Barry Levine.

Ab2labs says the update of their photography app, Effects 3.0, is now available exclusively for the iPhone and iPod touch. The free app offers a way to create photos. In Effects, the user can manipulate pictures in multiple ways. The features include filters, layers, live preview, sharing with social media and email, upgradeable export resolution and custom frames.

Readdle has updated Printer Pro — its iOS app for printing email attachments, annotated documents, web pages, photos and other types of content — to version 1.5. The upgrade of the app — $4.99 for the iPhone/iPod touch version and $6.99 for the iPad version — lets iOS owners to print PDF documents with mark-ups, hand drawn notes, signatures and even embedded forms right from  Mail or PDF.

APPinspect has introduced Hazard Manager 3.1, an update of the $99.99, map-based workplace inspection app. With it you can upload JPEG floorplans via iTunes for many buildings, using scanned sketches or graphic files. 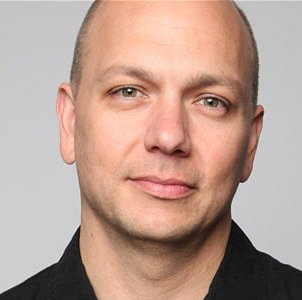 Art Licensing Manager for the Mac, iOS revved to version 2.0