SUNNYVALE, CA, Sep. 9, 2005 — SanDisk Corporation (NASDAQ: SNDK) today
announced that its 512-megabyte microSD card is bundled with the new
Motorola ROKR phone with iTunes that was introduced this week. The new
iTunes-enabled Motorola phone can store approximately 120 songs — the
equivalent of eight CDs worth of music–using the included SanDisk flash
storage card.

“The ROKR mobile phone is an excellent example of the transformation of the
mobile phone into an entertainment device,” said Nelson Chan, executive
vice president and general manager of the consumer and handset business at
SanDisk. “Music is an ideal application for handsets that is enabled by the
dramatic increases in capacity in very small memory cards such as
microSD.”

The microSD card is based on TransFlash, which was developed by SanDisk in
cooperation with Motorola and is the world’s smallest flash memory card
form factor. SanDisk’s TransFlash cards were recently adopted by the SD
Card Association (SDA) and renamed “microSD.”

The new microSD card is fully compatible with TransFlash card slots and is
designed as a small, flash memory storage card for mobile phones and
devices. The company will continue to support existing TransFlash product
lines and will transition its handset customers and the retail channel to
the renamed microSD card over the next several months.

Currently, the 512MB SanDisk microSD card is the largest capacity available
in this form factor. The company expects to have 1GB microSD cards in
limited quantities by late Q4 2005 and 2GB cards in 2006.

The SanDisk microSD card sold in retail channels includes an adapter that
allows the card to be used in any device with a full size SD card slot. The
SanDisk microSD card is being distributed through many of the 31,000 phone
store outlets worldwide that offer SanDisk products.

This press release contains certain forward-looking statements, including
expectations for new product introductions, applications, markets, and
customers that are based on our current expectations and involve numerous
risks and uncertainties that may cause these forward-looking statements to
be inaccurate. Risks that may cause these forward-looking statements to be
inaccurate include among others: market demand for the products may grow
more slowly than our expectations or there may be a slower adoption rate
for these products in new markets targeted, and the other risks detailed
from time-to-time in our Securities and Exchange Commission filings and
reports, including, but not limited to, Form 10-K and our quarterly reports
on Form 10-Q. We do not intend to update the information contained in this
press release.

SanDisk is the original inventor of flash storage cards and is the world’s
largest supplier of flash data storage card products, using its patented,
high-density flash memory and controller technology. SanDisk is
headquartered in Sunnyvale, CA and has operations worldwide, with more than
half its sales outside the U.S. 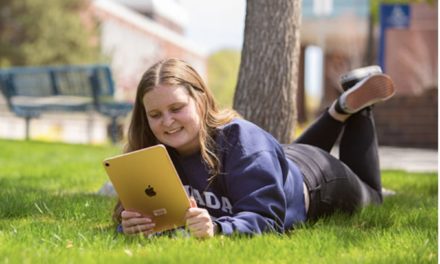