According to “Gigaom” (http://macte.ch/yFDta), Apple has reportedly hired Tomlinson Holman as its new audio chief, according to a tweet by Leo Laporte Wednesday morning. Laporte said he had it “on good authority” that Holman “is joining Apple to run audio.” Holman is the brain behind Lucasfilm’s THX sound, and the world’s first 10.2 surround sound system.

According to “AppleInsider” (http://www.appleinsider.com) with the release of Mac OS X 10.7 Lion this summer, Apple will make the switch to a new kind of digital distribution for its operating system upgrades by releasing the software first through its new Mac App Store. The Mac App Store, available to all users running the most recent version of Mac OS X 10.6 Snow Leopard, will become the de facto method for obtaining the Lion upgrade, the article says, quoting “people familiar with the matter.”

“9to5Mac” (http://www.9to5Mac.com) says Apple may be planning — or had planned in the past — to release a wireless keyboard with backlighting. The site says that, in the the new ’11 iMacs, the Keyboard System Pref contains the same option to illuminate the keyboard that MacBook Pros have.  Previous iMacs as well as all other Macs without lit keyboards don’t have this option.

“MacRumors” (http://www.macrumors.com) says that one of its readers has received word from an AT&T customer care representative that Apple has officially informed the carrier that there will be no new iPhone released in the usual June-July timeframe. 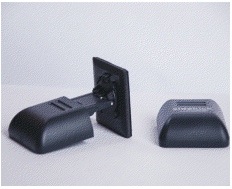 SideKick does a great job in cleaning an iPad screen