Eightfold Education has announced Color Mix for Kids HD 1.0 for the iPad. By using virtual paint, the US$2.99 app allows for unlimited play and unlimited color selection. Color Mix for Kids provides a multi-touch enabled canvas to allow siblings or classmates to share and create together.

Barrow West has released MysticGlyph 1.0 for iOS. Recreated from the journals of Dr. J. S. Wyndham, its a $1.99 puzzle where a single move can affect the final solution. MysticGlyph offers a new take on the sliding 15-tile puzzle genre.

Mirage Labs has introduced Video Email 1.0 for the iPhone, a $1.99 app that extends the email sharing capability of the default Photos app. The app gives a lot more flexibility for attaching videos and photos to email. Using various compression profiles, users have an option to share videos varying from HD to lower 480×270 resolution.

MyNature has launched Yosemite Tracks, Trees & Wildflowers 1.1 for iOS. The $7.99 app provides a personal field guide to identifying the animal tracks, trees, and wildflowers of Yosemite National Park. It features: searchable databases of more than 30 tracks, with 700 photos, plus animal vocalizations; more than 30 species of trees with hundreds of drawings and photos; and 240 wildflowers with 680 images. By answering multiple questions, users can refine searches.

Web 2 Mobile Design has hatched Egg Stacker 1.0 in time for the Easter holiday. The $0.99 iPhone app boasts 11 levels and involves stacking Easter eggs on top of one another in such a way that the stack doesn’t fall down.

Hand Fashioned Media has published Digital Americana Magazine 2.0.13, a literary magazine made exclusively for tablet computing. Built on the Pixel Mags platform, Digital Americana features over 70 pages of original content, fiction, poetry, articles, interviews, and reviews. Subscriptions are $5.99 for six issues and $9.99 for 12 issues. The most recent issue is available for $0.99; upcoming individual issues will cost $1.99.

Mother Tucker has updated Speed Tracker — their social speedometer app with realtime GPS sharing over the Internet for iOS — to version 2.3. Designed originally for Game Center, the $0.99 app gives users a realtime Google Map view of all players in their game. Offering Universal iOS device support, version 2.3 adds support for up to four players at once and saved routes with breadcrumb trails.

End Boss Games has announced Chicken Escape 1.2 for iOS, an Easter update to their puzzle game. To celebrate Easter holiday, End Boss Games will be collaborating with OpenFeint‚s Free Game of the Day Japan Relief promotions. The game features touch controls, 3D graphics, six modes of play, over 100 levels, obstacles, enemies, plus Retina display support. The game, normally $0.99, will be free for a limited time.

InfiniteTaco has updated Ninja, Please! for iOS devices to version 2.0. In the $0.99 game, players have the option of fighting evil ninjas with guns, magic spells — or with insults.

Timaware has released Tippy Tower 1.2, an update to their $0.99 constructive mind tower building puzzle game for iPhone, iPad and iPod touch devices. In Tippy Tower, players are challenged to build a tower by constructing different shapes of little bricks on top of each other and reach a certain height.

Taha Bebek has updated Florist Now for iOS devices to version 1.3. The free app allows users to send flowers for any occasion through the network of more than 15,000 FTD florists in the US and Canada. Florist Now features an illustrated catalog of more than 400 floral and plant arrangements in 26 categories, such as Fruit Baskets, Get Well, Love & Romance, Roses, and Thank You. FTD guarantees same day delivery on orders placed before 1:00 PM, the recipient’s local time.

Notebook Press has introduced Bocce 3.1 for the iPhone, iPod touch and iPad. The $1.99 app provides a realistic bocce playing experience. Players must try to get balls closest to a target and gain 15 points to win a game, playing against the computer or a friend.

Angry Pumpkin Software has updated Refills App — a medical app that displays exactly how many days, weeks, or months remain until the user will have completely finished each prescription medication they are taking — to version 1.0.2. By tracking the dosage, frequency, quantity purchased, and expiration of each drug, the $2.99 app provides an overview of which prescriptions need refilling or renewing, and when. Users may phone their pharmacist or doctor from within the app.

Cronogenics has launched myFitness! 1.1 for iOS, an update of the health and fitness app that acts as a virtual trainer, providing a customized exercise routine for every workout. The app — available for $0.99 for a limited time — operates on the proven principles of muscle fatigue and muscle confusion. The user moves quickly from one exercise to the next, causing the muscles to fully fatigue. It features a Workout Generator, which creates a randomized workout lasting 60-75 minutes, and complete instructions with photos.

Suncoast Apps has updated Frienatic to version 1.1 for the iPhone as well as the iPad. The $0.99 app offers a way to view your Facebook friends, status updates, news feeds and more.

myCodeStudio has rolled out the latest version of their free app, Daily Shopper, for the iPhone, iPad, and iPod touch devices. Daily Shopper aggregates Internet deals together in one place and focuses on daily and weekly deals. The deals are from a wide variety of retailers including, but not limited to, those that specialize in Deal of the Day promotions. The new version adds 12 new shopping choices as well as navigation enhancements. 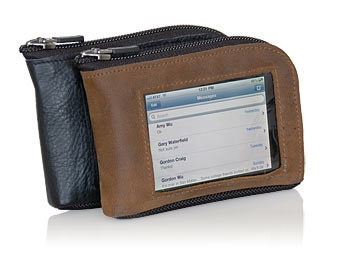