HTTP Live Streaming is a protocol that Apple developed to stream live and recorded video using standard HTTP connections instead of RTSP. It uses H.264-encoded video and AAC or MP3 audio packaged into chunks of an MPEG-2 transport stream, along with a .m3u playlist to catalog the files that make up the individual chunks of the stream. QuickTime on both Mac OS X and iOS can play back this format, and it is the only streaming format compatible with the iPhone, iPad, and iPod touch, notes “ArsTechnica.”

Adobe says it’s “committed to developing technologies that simplify broadcast workflows to make it simpler to reach a fragmented lineup of devices,” according to senior product manager for Flash Media Server Kevin Towes. Towes noted in a blog post — as noted by “Ars Technica” — that Adobe is adding HTTP Live Streaming support to Flash Media Server and Flash Media Live Encoder. “By adding support for HLS within the Flash Media Server, Adobe is reducing the publishing complexity for broadcasters who need to reach browsers supporting HLS through HTML5 (such as Safari) or devices where Adobe Flash is not installed.” 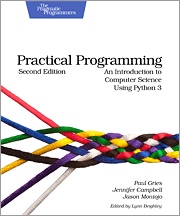