Nearly half of U.S. consumers look forward to driverless cars

As the race for self-driving cars accelerates, new data shows that 43% of U.S. consumers would buy or ride in autonomous vehicles (AV) if they were broadly available today, according to the survey released today by Altman Vilandrie & Company (http://www.altvil.com). However, the survey reveals widespread concerns about the safety of self-driving cars: 64% of consumers say they would not buy an AV because they believe AVs are dangerous.

As part of the survey, Altman Vilandrie & Company also interviewed more than 20 industry experts, including those in auto manufacturing, car technology and mobile communications, who on the whole are very bullish on the future of AVs. The survey comes as activity related to autonomous cars has reached an inflection point, with leading carmakers (Audi, GM, Tesla), technology titans (Google, Apple), numerous startups, and ride sharing companies like Uber announcing plans to bring AVs and related technologies to the marketplace.

According to the Altman Vilandrie & Company survey, 57% of all consumers are unlikely to buy or ride in an AV, while an additional 18% would ride in but not buy a self-driving car. Twenty-five percent of consumers say they would purchase an AV, despite some of them harboring safety concerns.

“There is clear evidence that a quarter of American consumers who’d prefer redirecting time spent driving towards leisure or work are very optimistic about purchasing and adopting AVs. However, despite evidence that AVs will likely reduce road fatalities, many drivers are wary of giving up control of the wheel to a software program,” said Altman Vilandrie & Company Director Soumen Ganguly, who co-directed the survey. “It’s clear that to achieve broad market share the AV industry must bring the early adopters on board while also making the general driving public much more comfortable with the concept of self-driving cars.”

The survey identified a solid block of “early adopters,” composing 16% of consumers, nearly all of whom say they plan to buy an AV. The demographic analysis of survey data shows these “early adopters,” typically higher income, urban professionals who are constantly seeking out new technologies, could provide the AVs with a solid foothold in the automobile market – especially since these consumers say they would pay on average $7000 more for their next vehicle than the typical car buyer.

“The communication and automation we all have become comfortable with on our phones will inevitably make their way into the car,” said Altman Vilandrie & Company Director Moe Kelley. “We’ve seen through the adoption of other technologies that there is initial resistance to change – people can’t always recognize the benefits of something they haven’t experienced, and this is certainly true with something as culturally important to Americans as driving. But the survey identifies a critical mass of consumers who want self-driving cars, certainly enough to justify the industry’s growing investment in this area.”

Kelley noted that ride sharing could provide an early opportunity to introduce consumers to AVs, pointing to Uber’s recent launch of a test fleet of AVs in Pittsburgh. The survey indicated that more than 15% of the U.S. population have ride-sharing or vehicle-sharing accounts, with about 10% using these services more than once per month. Ride sharers are a promising demographic for AVs, with only 25% stating they wouldn’t ride in a self-driving vehicle.

Other findings of the survey include:

° Despite all the industry buzz Tesla receives, those likely to buy an AV said they would turn to traditional automotive brands Ford, GM, Mercedes-Benz and Toyota ahead of the upstart carmaker. However, Tesla scores higher among younger likely buyers, and still came out ahead of VW and Chrysler among all likely buyers.

° Overall, consumers say they are attracted to some of the benefits of AVs, including swapping driving for leisure time (68%) and no longer needing to navigate (67%).

° While interest in assisted driving features such as blind spot detection, auto braking and driver drowsiness detection increased with age (being highest in those above 55 years old), fully autonomous operation scored higher amongst younger drivers.

° While 62% of consumers viewed high-tech connectivity features, including Internet radio and voice-activated controls, as important in making a car purchase, traditional factors like price (96%), fuel efficiency (95%) and safety features (92%) were much more popular among buyers.

° Tools that allow drivers to talk with the car are considerably more desired by consumers than other high-tech features. Nearly half of consumers said they wanted voice-activated controls (45%), compared to backseat entertainment (9%) and in-car WiFi (11%).

As part of this project, Altman Vilandrie & Company also interviewed leaders in the car, technology and mobile communications sectors to get a sense of the challenges and opportunities related to autonomous vehicle development. The consensus among the experts was that the full integration of self-driving cars would occur gradually over the next 15 years, with the rollout of full autonomous control under certain traffic and road conditions happening as early as 2021. The experts also identified four key technical areas that need to be addressed before wide adoption of AVs: sensing technology, mapping, infrastructure, and artificial intelligence.

Most of the industry experts believe we are on a certain – if somewhat long – road to a fully autonomous-driving society.

“The endgame is that we will have to go to a theme park in order to drive,” said one former industry CEO. “It won’t happen in the next two decades but in the future driving won’t be something you do in your life.”

Altman Vilandrie & Company surveyed more than 2500 U.S. consumers in July and also polled more than 20 automotive industry experts. The survey also gauged consumer sentiments on electric vehicles, the results of which will be released later this fall. 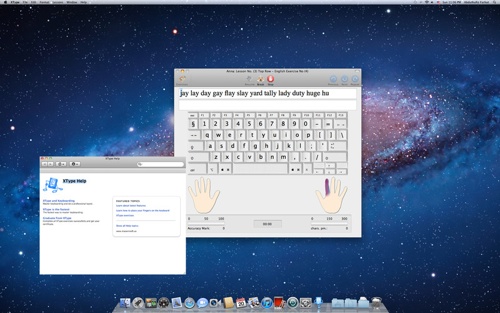