When out of the blue someone offers you a horse, it is rude to immediately check the horse’s teeth right in front of them. Eventually, however, one takes a look at the finer details of the critter. Is it a broken-down, sway-backed hay burner or a fine race horse worth more than the family farm?

After a couple of calls to Kansas City Kansas City Hall, I got a city clerk to send me, by email, the 25-page agreement in PDF format, between Google and the city.  Considering the promised fiber optic network installation is worth several million dollars and represents a long term business deal for what amounts to a new Internet city utility, the document is pretty blunt and short. As the saying goes, the devil is in the details.  I have digested the contract and present an executive summary with numbered lines below.

As I scrutinize the document it is clear that Google holds the high cards in making the deal with KCK.  While the obvious benefits of having a world class Internet network in KCK will make dramatic long term changes in the city infrastructure, Google is a business and tends to make money. The investment in installing the fiber network will be considerable and the actual cost for the city to comply with the requirements of Google are certainly affordable.

1. Google’s key stated reason for doing this, beyond getting into the internet utility business for any potential profit, is stated that they want to “foster new high-speed applications.” The City’s number one reason for making the deal is that they city has a direct interest in “improving the quality of life of it citizens through improvements to important infrastructure within it boundaries.”

2. The city and big G agree to a 10 year term of their agreement with 5-year renewals thereafter. Google can bail out on 180 days written notice to the city after the first 10 years.

3. Google will design the project, a major engineering task, the city only has to approve the details.

4. Google will decide where to build the “initial locations of the project” in consultation with the city. The notion is to cherry pick the most lucrative locations to build out first.  This helps reduce the outlay as the income from the partial installation will help fund the remaining areas that are not as profitable. There is no iron clad guarantee Google will build everywhere in KCK city limits, although that is implied.

5. Google commits to “built the initial locations of the project, including neighborhoods that are economically distressed.” Long term improvement to the KCK economy as a whole, because of the project’s economic stimulation, might bring the economically distressed people of the city some new employment opportunities in the future. However, high speed Internet per se, merely being technically available in blighted areas is hollow. Those lacking the funds to actually subscribe to the service or even own a computer with which to connect to the internet at high speed can’t be helped short term. They have to have the education that would enable innovation or ideas to generate income from Internet access. One in four adults in KCK didn’t graduate from high school and only one in ten have a college degree.

6. Google has the right to decide where the initial build out will be based upon “demand for services, including demonstrated willingness to subscribe to the service and activity to support deployment of the service.” Neighborhoods that are already mostly subscribing to cable Internet with existing provers and those with pre-installed home networks will likely jump to the head of the list for area network installation.  Neighborhoods that are organized and vocal about wanting to be hooked up may get service first. No firm timeframe for building out the entire system or a guarantee of every building location in the city being served is included in the agreement.

7. The service will only be within the city limits of KCK, but timing of the buildout will be determined on a demand-driven basis. Due to the fact that the network is a utility under the auspices of the Kansas City Kansas government, outlying areas beyond city limits may not participate. It may well be up to Google, who might make agreements with other bordering local governments, such as Bonner Springs and Basehor to include other cities.

8. Google will have the sole discretion to make network design decisions, but will consult with the city.

9. Google will hire contractors to do the work, and the city will encourage Google to hire local businesses and contractors including women and minority owned business to participate in the project. Unions might call foul over this clause, which doesn’t give the city any power to force Google to hire locals or union personnel. The unseemly flap a small group of union carpenters made over a recent water park developer bringing in experienced carpenters who knew how to build a water park may be repeated by disappointed local fiber network installers or contractors. The union’s public whining was unseemly.

10. Google plans to install fiber optic cables in unusual ways including: trenches, boring, slot cut micro trenching, fiber on buildings or aerial structures and inside existing city owned conduits, within gas lines and even inside sewer systems. Google will have access and free use of KCK Board of Public Utility poles and underground conduit. It turns out the city Board of Public Utilities has quite a bit of unused fiber cable already hung that is not in use. Google will make use of that.

11. KCK will provide office and central facility space and electrical power for both the office and network.

12. Google will bear all costs for the project, including design, engineering, construction, equipment and insurance for the work.

13. Google will manage the project and maintain the network up to the “termination point” for end users. This means that the owner of property is responsible for the home’s internal installation and maintenance. Most residential users will most likely see incoming fiber optic cable coming to box near the electrical meter and the fiber optic signal is there converted into an electrical signal carried within the house on already installed coaxial wiring used for cable tv and cable internet.  For full 1 Gig internet service actual fiber might well be installed.   But 1 Gig Ethernet can be easily provided through wire.

14. Google will contract with end users regarding placing an “Optical Network Terminal” inside the end user’s premises.

15. KCK will let Google use city right of ways.

16. Google will offer Internet access up to 1Gbps while promising “reasonable and accessible pricing for Internet services will be defined as the project progresses. Customer support to be done by Google.

17. Google has the right to offer additional “as-yet undetermined services using the network.” What this means is that Google is likely to compete with cable TV, Telephone and certainly existing cable internet providers.

18. KCK will provide an “Executive Sponsor” at a senior level to interface with Google, cooperate with Google’s efforts in every way, fast track construction permits at no cost, make fast decision and create a dedicated construction inspection team.

19. KCK agrees to cooperate with Google on public relations and let Google approve of public statements or announcements related to the project.. Google wants to control the PR situation as much as they can.

20 Google will collaborate with city resident to develop and use the high-speed Internet services.

21. Google will provide free high speed Internet to 130 locations including schools at no cost. There aren’t 130 schools, libraries or colleges so some free locations will be up for grabs by worthy more or less public institutions such as private schools.

22. Google will work with the KCK Board of Public Utilities to create a smart electrical utility grid. This element of the deal is huge.  The notion of reading meters remotely and managing the electrical gird is very worth while.

23. Google get patent rights to anything patentable and agrees not to sue KCK if at all possible and the city agrees to those terms.

24. At the end of the last term Google will be willing sell the network to the city for a negotiated sum.

In my next article on this subject I will compare the KCK deal with Google to the Department of Energy grant system now working in Chattanooga, Tennessee. That new fiber optic internet network is also a 1 Gig system. How that project is going is certainly going to be comparable to what is going on in KCK.  Also, keep in mind that once the fiber optic system is physically up and running enhancements up to 10 Gbps are possible in the future.

Current pricing for Internet service in Chattanooga is 30 Mbps for $57.99 a month, 50 Mbps for $69 a month, 100 Mbps for $139.99 a month and for full 1 Gbps service, $349.99 per month. Google hasn’t made any commitment on prices for service but tiered service and somewhat similar prices are likely. The problem with any service is that prices have to be affordable and the market will dictate how much Google can recover for various levels of service.  It is likely existing cable companies will offer cheaper cable modem service to stay in business at all. 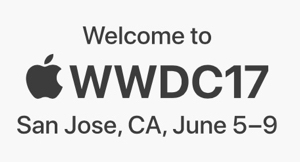