Panorama Concepts has announced RPS Mania 1.0 for the iPhone, iPad and iPod touch. It’s an US$0.99 rock/paper/scissors game that utilizes a state-of-the-art video interactive A.I system. You can choose your move carefully and let the show begin. Bonus pictures of your opponent will be displayed when you fully beat them so monitor your cash pot.

Imaginatronics has released An Amazing Day at the Zoo 1.0, the first product in its Learning Infinity Suite of education apps for children. Intended for children 10 and younger, the $4.99 iPad app is about a young girl’s visit to the zoo. This education app follows the main character’s journey as she learns about animals, birds and reptiles, taking advantage of the interactive features that the iPad and other tablets offer.

Kopf Digital Publishing GmbH has introduced Faust I and Faust I HD for iOS. Faust I from J.W. Goethe is an enhanced eBook containing 11 videos from the silent film combining live-action with animated elements by Ph. Hochhauser, including both the original German text and its translation into English. The video sequences have been extracted from a silent film combining live-action and animation. Verse numbers are also given. Faust I and Faust I HD are US$11.99.

Panorama Concepts has launched White Wedding 1.0, an universal app for iOS devices. The $0.99 app allows users to plan every tiny detail of their big day.

Teach Me Sushi has debuted a new instructional sushi app for the iPad. The $8.99 app offers over 15 demonstrational videos and step-by-step photo guides that detail how to create sushi dishes ranging from basic to advanced.

Applaud Limited has served up Repeeto 1.0 for the iPhone and iPod touch. It’s a $0.99 memory game based on the Simon electronic game. Buttons disappear down the wormhole to reappear somewhere else on the screen. Your goal is to keep track of not only the pattern but where the buttons are on the screen.

Risantex has developed CardsFactory HD for the iPad. The $0.99 app allows users to create greeting cards for almost any occasion even without prior design experience. It has nine pre-designed card templates that cover almost every major holiday or personal celebration.

Code Line today is presenting SneakPeek 1.0, a $9.99 iPhone/iPad application that lets users preview Adobe Illustrator and InDesign documents on their mobile devices. Mobile users can view art files away from the office, on the road, or while meeting with clients. It provides info about the document itself, such as fonts used, linked images and defined color swatches. Users can open documents from just about any program that receives files, such as Mail, Dropbox and Safari.

The You Company has grown the Garden of Life game for the iPhone and iPod touch. The free game invites players to cultivate a floating island in space into a beautiful garden. Your role in Garden of Life is to improve the wellness of the island, harvest the “spirit of the seeds” and unlock magical new seeds along the way.

KiwiObjects has unleashed Nutri Pet 1.0 for the iPhone and iPod touch. The $2.99 app allows you to optimize the amount of food you should give your pets, dogs and cats.

Leaping Bytes has rolled out TBRacing, a free strategy racing game for the iPhone, iPad and iPod touch. Rules are simple: at each turn a player is presented with up to nine possible moves that can be selected by a single tap. Players can compete against robotic opponents or they can challenge up to three friends.

Text Transmuter 1.0 is a free learning tool for the iPhone, iPad and iPod touch. It offers a way to output textual information as a stream of characters. When letters are shown one after another, at a fast rate, that creates an effect of animation.

CFI Tools has updated CFI Tools Nearest, the latest in the line of iPhone and iPad apps for the aviation industry, to version 1.0.1. The $19.99 app performs the function of an aviation GPS Nearest button. The bearing and distance to the 100 nearest airports, VOR, NDB and other NAVAIDs are displayed.

Vito Technology has updated GeoWalk 3D World Factbook to version 2.0. This update brings “an entirely new adventurous atmosphere, more content and interactivity.” GeoWalk 3D is a $0.99 app that “brings the family together to explore facts about the fascinating world around us.”

I-Imagine has released Space Freight 1.1 , an update of the US$0.99 arcade game for the iPhone, iPad, and iPod touch. This strategically minded arcade game charges players with directing cargo ships to their main mother-ship as it travels to the cosmos. The ultimate goal is getting to as many exotic extraterrestrial planets as possible before the players’ ship runs out of energy. The game is integrated via Apple’s Game Center as well as OpenFeint, which provides interactive online leaderboards.

Basyboy has updated TanningBooth for iOS to version 1.2. The $0.99 app allows users to instantly tan a picture of themselves or friends.

Sam Yu has launched ExcelContacts 1.9.7 for the iPhone, iPad, and iPod touch. This mobile utility — available for $0.99 for a limited time — allows iOS users to export their device’s full contact lists without the need to go through iTunes to do so.

Christopher Jude Sanchez has updated its Blackhole game for the iPhone, iPod touch and iPad to version 2.3.1. The $0.99 app is based on a match-3 physics concept, challenging players to catch groups of same colored stars to prevent The Blackhole from reaching critical mass, while listening to Zen-like sound effects. Players can earn achievements and strive for leaderboard placement through the game center.

Apt Infoway has rolled out easyCRM 1.1, an update of the $4.99 app for the iPhone, iPod touch and iPad. It gives users a business and sales management tool for planning, organizing and tracking sales, products, logs, tasks and leads.

EmirBytes has updated Arkaneum, its iOS game, to version 2.0. The $1.99 app is based on the Mancala variant, with a slight twist. In Arkaneum, you play as a space traveler, competing for Arkaneum ore by way of Mancala. Version 2.0 is a total remake of the game with six different worlds, 13 levels and a secret level to be unlocked.

Corporate Smalltalk Consulting is offering Well Logs 1.6.4 for iPad, an update of their $39.99 app for the petroleum industry that enables viewing of very large well and mud logs in either PDF or TIFF formats. Capable of displaying documents as big as 11 x 770 inches, the app relies upon proprietary technology from its Can Opener app to import, store, pre-render, tile, scale, and scroll large images on any iOS device. Version 1.6.4 features a re-written TIFF Handler and user-selectable PDF Scale Factor. 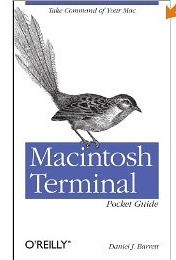 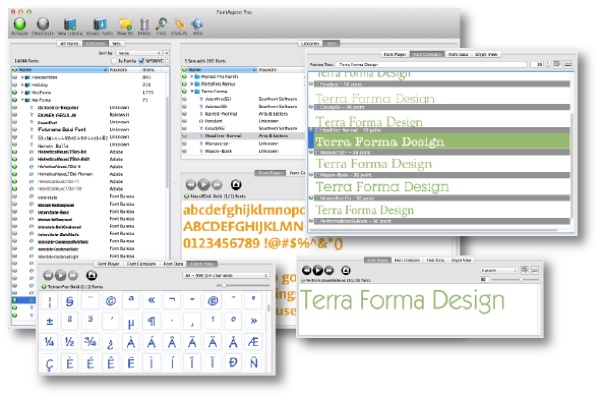