Nagaraja Rivers has announced Speak Shan 1.0, an iPhone app for learning the Shan Language. It’s a $1.99 talking phrasebook and vocabulary builder containing over 400 words and phrases with audio playback recorded by a native Shan speaker. Shan is spoken by over three million people in Shan State of Burma, northern Thailand, and southern China. It’s very closely related to the Thai and Lao languages.

Fotopedia has released Memory of Colors, presenting the amazing colors of humankind’s last treasures. The new app for the iPad and iPhone takes viewers “on a photographic journey through disappearing cultures around the world and shares a message of peace, tolerance, and respect.” Fotopedia Memory of Colors is available for the iPad, iPhone and iPod touch. Normally priced at $2.99, this app is offered at a special introductory price of $0.99 for one week only.

DotTribes and The Green & Energy Consulting Group have introduced iEV 1.0, the world’s first electric car simulator for 3G, 3GS and 4G iPhone devices. This $5.99 app enables people to simulate an electric vehicle’s battery and range behavior while they are driving their normal car.

Mobileaze has unveiled There’s A Guy For That 1.0 for iPhone and iPod touch devices. Have you ever asked a friend for a recommendation for a plumber, a mechanic, or even a dentist? The free allows you to send out requests for services directly to your friends and automatically notify you when a response is received.

Macoscope has debuted Circuloid 1.0, an iPad Arkanoid game. The $1.99 app is more than just a brick-breaker game. It’s the quest of former white-collar worker John Circuloid to become a secret agent. You must tackle all 24 exciting levels to help him make his dream come true.

Digital Scrawl has created Letterfall 1.0 for iOS, a $0.99 word construction game. The objective of the game is to construct words using letter tiles which fall from the sky; however, these letter tiles aren’t always what they seem.

RinnApps has developed PhonoPix for Apple’s iPhone, iPad and iPod touch. It’s a $24.99 phonological app with minimal pairs for children to develop their speech sounds in flashcard and matching activities. Children have fun practicing speech sounds in words as they compare their speech productions to the target productions. The app allows the user to focus on correcting speech errors associated with sound production in targeted word positions or manners of articulation.

PaddleDuck is presenting My Russian Dolls 1.0 for iPad. The $1.99 app brings to life realistic Matryoshka dolls and authentic Russian sayings. Click on the app, and you’re greeted by smiling, dancing Matryoshka.

Noteboom Productions is offering Tutor for iPad: Getting Started, their latest video tutorial for Apple’s revolutionary device. Featuring 36 video chapters on subjects that cover everything, in the $3.99 app the user watches videos to learn how to use the iPad. All videos were recorded and optimized for the iPad at 1024×768.

Panorama Concepts has unleashed Click Dog 1.0 for the iPhone and iPod touch. The $0.99 app is a combination of a dog breed guide and a dog matching game. With Game Center built right in, users can share their high scores and challenge their friends.

Sideways has published a version of Beatrix Potter’s classic with the “Tale of Mr. Jeremy Fisher: Buddy Edition” app ($1.99) for the iPad, iPhone and touch. Sideways’ patent-pending Buddy Reading technology uses Apple’s Game Center, allowing two people to remotely read aloud together. Now an out-of-town parent can read a bedtime story in real-time to a child at home with both able to interact with the book and each other across different devices.

EnGIS has announced Gogo Navigator USA & CAN 1.1.0 for iOS devices. The $29.99 app offers real-time, turn-by-turn 3D navigational data available. It doesn’t require an Internet connection, as all map data is stored locally in the Apple device.

TNT Creations has updated Translation Fire for iPhone and iPod touch to version 1.1. The app — free for a limited time — offers translation to and from 52 languages. It is designed to help its users to make friends all over the world and freely communicate with them with no language barrier.

Mettigel Software has released iTalker 1.1, an update to their iOS based AAC Solution. Beside some stability fixes iTalker now offers the feature to display pictures on the button, like it is used in common popular solutions for augmented and assisted communication. iTalker can do voice recordings that can be grouped to playlists, so each lesson has to be recorded only once and can be used as often as needed.

Paul Gee has updated WhoNews for the iPhone and iPod touch devices to version 1.8. WhoNews ($1.99) collates the latest news on “Doctor Who,” “Torchwood” and the “Sarah Jane Adventures” from over 30 of the top Doctor Who web sites every 15 minutes, 24 hours a day. This is coupled with a built-in DVD and Blu-ray, games, books and CD price comparison tool that tracks down the lowest prices for Doctor Who goods from the top Internet retailers.

Cynapse has updated Localscope, its $1.99, social data powered GPS app for iOS, to version 1.2. Close on the heels of its integration with Navigon MobileNavigator, Localscope’s new release integrates with yet another provider of location and navigation solutions — TomTom. Also new is a tighter integration with the official Facebook app. It allows users to directly share locations from Localscope via the Facebook app on their device, without having to log in every time.

Information Security Center has rolled out Online.Radio 1.2 for the iPhone, iPad and iPod touch. Owners of such mobile devices now can access more than 48,000 internet radio stations from 184 countries, grouped into 320 genres. A search function in Online.Radio ($3.99) allows searching by keyword, by station name, by country, by genre, as well as a neat A-Z Index of stations is also available. 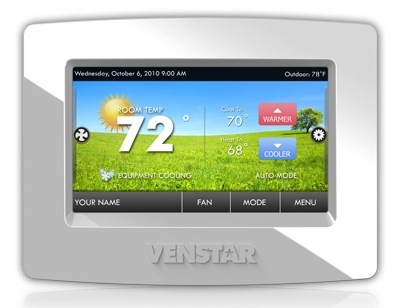 Valley Without Wind blows onto the Macgamestore