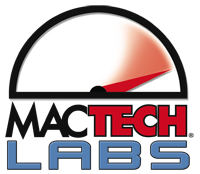 20 popular Windows games.
How playable are they?

One of the questions that we regularly get at MacTech is about running games in virtualization. Which games work well, how well they run, and what they look like are all common questions.

Over the past several weeks, we took a look at some of the most popular games. Based on ratings by IGN and other web sites, popularity, and more, we selected 20 games to evaluate using Parallels Desktop 6 for Mac. To test this, we assembled a team of game players and evaluated the playability of the game (not the game itself), measured frames per second, and attempted to video capture each one. The combination of these things will give game players a solid idea of what they are in for when playing these games under virtualization.

All the tests were run on MacBook Pros running Mac OS X 10.6.5. The MacBook Pros have the benefit of a faster processor and additional graphics processing power.

The virtual machine was set up with Windows 7 and all current updates, 1.4 GB of virtual machine RAM, and 2 virtual CPUs. If the game would allow us to easily do so, we typically configured them to play in full screen mode.

As our testers evaluated each game, they gave a score of playability. Since this type of scoring is subjective, we averaged the testers’ scores for consistency. The games were scored according to the following scale:

4-6: Game playable but with significant issues

7-9: Game playable but with minor issues

With that in mind, this is how our selected 20 games performed. 25% of the games were a great playable experience. Another 50% of the games were playable, but had minor issues. 15% were playable with significant issues. And, only 10% were not playable at all. When you consider what is going on under the hood (games being played under virtualization), these are astounding results.

Game playable but with minor issues

Borderland Game of the Year Edition

Call of Duty 4: Modern Warfare Game of the Year Edition

Lara Croft and the Guardian of Light

Game playable but with significant issues

For performance, we used a “Frames Per Second” measurement as determined by FRAPS (a Windows tool with low overhead on measurements which we’ve seen work well for this type of testing). The FPS measurements were taken over 60 seconds and tested multiple times. The most representative FPS score was taken.

For each game we tested, our team commented on the playability of each game, in addition to the rating and video captures. These comments are typically the issues to expect, and the games are playable otherwise.

General: The game looks excellent. Moving around is smooth, has good gameplay, and is easy to control the players.

Caveats: The game has occasional lag which at times can be significant, but is typically not a big deal. This is especially the case when loading new areas. Combat is a bit choppy but playable. The longest pauses typically happen before moves that break to a cut scene.

General: The game is very playable, though can sometimes be slow.

Caveats: At times, slower frame rates result in some difficulty in aiming, but it’s relatively minor. Cut scenes usually end with a lag as they switch out.

General: While the character is walking around, the frame rate is solid.

Caveats: Frame rate slows during some cut scenes. There are major frame rate issues with intense action sequences reducing the playability of this game.

General: Game play is smooth with only a little bit of lag here and there. At first, we found it difficult to set up resolutions and settings to properly display, but we were ultimately able to figure it out.

Caveats: After wrestling with it a bit, we were able to have the game take up most of the screen, but the colors were completely incorrect and much of the screen was white or washed out (somewhat monochromatic). Graphics details were fine however.

General: The transitions between scenes were noticeably good. Most of the time the game played with very little lag, flowed very well, and had strong frame rates.

Caveats: There were times the lag was substantial. In these cases, if we restarted the game, it returned to excellent game play and fluidity of movement.

General: Game was borderline unplayable with frame rates regularly below 3 frames per second.

Caveats: Combat was impossibly laggy at times with substantial delays in shooting, moving, and controlling the player.

General: The game worked, but had a great deal of lag.

Caveats: It took a long time to start the campaign. Cut scenes were at normal speed, but there was a great deal of lag when moving. It took a while to transition to and from the main menu, and it was difficult to aim.

General: Very playable. When looking at the video, take note that the screen capture for the video shows lag, but the video capture made the lag much worse than it otherwise was.

Caveats: At times gets laggy and seems to pause. If you like what you see in the video, you’ll be pleased with the game as that’s the worst-case scenario.

General: Played well. Like the original Crysis, video screen capture made the lag worse, so take that into consideration when looking at the video.

Caveats: At times, the game would show black for a short period of time, and then return to normal.

Caveats: At times during gameplay, frame rate would drop to 15-20 frames per second and controls were occasionally unresponsive and graphics would lag.

General: Overall, very solid gameplay. The frame rate was more consistent than on an Xbox 360.

Caveats: We couldn’t get it to play in full screen mode.

Caveats: Loads and shows cut scenes, but when game is about to start, mouse stops working and application quits with "FalloutNV has stopped working" error.

General: Colors and graphics look great, and it played smoothly most of the time.

Caveats: There was some lag at times,.

Lara Croft and the Guardian of Light (16.33 fps, 7 playability score)

Caveats: Occasionally, the lags become more severe and the game will lock for a few seconds.

Caveats: At times there was lagging in action sequences.

General: The game was very playable and consistent. Despite the frame rate being only 15 frames per second. The controls worked quite nicely.

Caveats: None related to game play. We were unable to do a video capture on this game, but we don’t consider this an issue and is not related to performance.

General: Didn’t work at all.

Clearly, if you are a hard-gamer gamer for the maximum gaming experience, you are going to turn to a souped up WinTel machine tuned specifically to gaming and running a game in virtualization is not a consideration.

If, however, you are a casual gamer looking to enjoy a Windows game and avoid the hassles of booting in native Windows under Apple’s Boot Camp, then playing a Windows game under virtualization can be a great option.

Neil is the Editor-in-Chief and Publisher of MacTech Magazine. Neil has been in the Mac industry since 1985, has developed software, written documentation, and been heading up the magazine since 1992. When Neil does a benchmark article, he likes to test the features that people will use in real-life scenario and then write about that experience from the user point of view. Drop him a line at publisher [at] mactech.com