Apple wrote to European publishers earlier this month outlawing the private exchange when a reader downloads a mag or newspaper from within an app. Apple says subscriptions must use the company’s own billing mechanism with Apple getting a 30% cut.

However, Belgium competition minister Vincent van Quickborne doesn’t think this is fair and has launched a “rapid” competition investigation into the issue, reports “The Register” (http://macte.ch/DDN5v). On the other hand, Apple doesn’t have a monopoly share of the digital reader market, so “it might be hard to make that one stick,” the article says.

News Corp’s Project Alesia was created with the intention of offering a licensing system to all comers on equitable terms. However, “the print industry didn’t have the brains to join in” and the 100-man project was dismantled last autumn, says “The Register.”

Rise of Nations: Gold Edition coming to the Mac 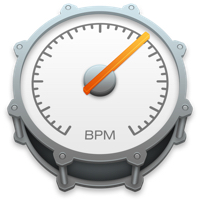 BeatGauge is a new music utility for Mac OS X