Apple’s iPad has seen faster acceptance in the main stream of electronic devices than anything else so to date, including regular DVD players made by a lot of companies. So much for the predictions iPad wouldn’t sell — as made by other well known tech company CEOs.

The problem for the competition is that as far advanced as the iPad is, we are half way through the development cycle for the next version. If the iPad takes the same virtual yearly model cycle we have seen with other major Apple products, sometime in the spring Apple will announce the next iPad with a lot of the features most in demand, such as cameras. FaceTime is likely to be a feature, as well as a mini USB port. The iPad has the potential to be a phone with the FaceTime feature using an earphone with mic arrangement.

I am of the opinion the Hobby App creator program is coming very soon from Apple. We know Google is in beta on an Android App Inventor program soon to go mainstream. Apple does their beta software process in-house and when they launch a software product it is ready for “the rest of us,” boom!

We can also expect more of the iLife/iWork products to be launched for the iPad. The iOS platform is a giant undertaking and most people fail to really understand the implications. While the idea that Apple is going to let the Mac OS go downhill in favor of the iOS are false, the potential for a definite chasm to develop between the creators and consumers of content is real. I am already finding that my MacBook Pro spends a lot more time asleep these days, as I grab the iPad for surfing the Internet and lots of other tasks and games to go.

I also have noticed that when I have to loan my iPad to my wife for her school, I realize that in a pinch I can get by with iPhone alone. The overlapping of tasks is working itself out in real world usage.

When I bought the Bluetooth keyboard the Apple Store salesman who convinced me to go with the wireless instead of the special iPad keyboard with the port attachment also mentioned something that I forgot to mention in yesterday’s article. You have to take the cover off the iPad to dock it to the special keyboard. That is awkward as I am using the Apple black folder case for iPad, which I prefer to a lot of others I tested. It would take a couple of minutes to take the case off and pop it onto the keyboard dock. Then another couple of minutes to put it back on.

When I refresh my iPad with a newer model I plan to forgo the screen saver film as having the Apple screen coating is a better surface and the Apple folder case protects the screen well enough.

The competition is pushing regular PCs with the slate form factor as a direct comparison to the iPad, and that is just ignorant and deceitful. Microsoft may be shooting themselves in the foot launching a store across from Apple at the Great Mall of America. Walking across the hall to check out the competition means Apple and Microsoft PC will be compared hands on and head-to-head. Opps, that will make the emperor’s clothes disappear. That’s Greg’s Bite for today. 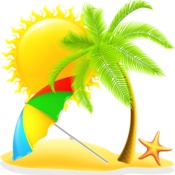