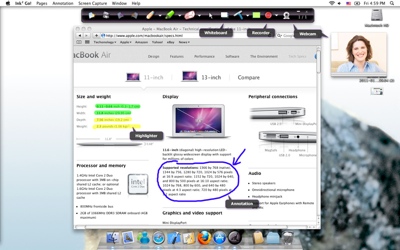 EyePower Games has launched Ink2Go 1.0.13 (http://ink2.eyepowergames.com) on the Mac App Store. It’s a tool for presentation and communication.

Ink2Go allows its users to scribble notes and annotations on the desktop, regardless of the application that’s currently active, to enhance the point of discussion in a presentation, in a meeting or during a live lecture. Users can toggle from a desktop view to a whiteboard view whenever an illustration of ideas and thoughts is needed.

As a desktop application, Ink2Go launches itself as a floating toolbar, that can be dragged to anywhere on the screen so that it doesn’t get in the way of the presentation. On the toolbar are buttons for various functions, including pen, highlighter and eraser. Ink2Go also provides a function that allows its users to toggle from a desktop view to a whiteboard view whenever an illustration of ideas and thoughts is needed. And multiple pages of annotations are also supported.

The whole process of the annotation, including voiceover as well as a talking head (with the help of a webcam) can be recorded into a MP4 video. The video can then be shared on any video portals or social networking sites. Alternatively, the annotations can also be saved as still images.

While it’s designed for Ink2Go to be used together with a pen device or a touch screen for better annotation, Ink2Go can also be used with just a mouse. A lighter version of Ink2Go, known as Ink2Deluxe, which doesn’t have the video recording function, is currently bundled with the Wacom Bamboo tablet for sales in countries in Asia Pacific, which include Japan and Korea.

Ink2Go requires Mac OS X 10.6 and costs US$19.99. It’s available worldwide through the Mac App Store in the Productivity category. 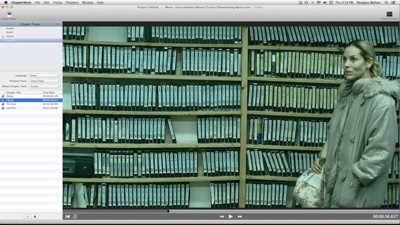