Another day, another lawsuit as the Apple-Nokia battle continues. Apple sued Nokia Oyj in the U.K. over claims that one of the h company’s European patents for scrolling technology on touch-screen handsets is invalid, reports “Bloomberg” (http://macte.ch/XeB0o).

The lawsuit, filed Wednesday in the High Court in London, challenges one of seven Nokia patents asserted against Apple in a September 2010 lawsuit in Dusseldorf, Germany, Nokia spokesman Mark Durrant told “Bloomberg” in an e-mail.

“Nokia is confident that all of the 37 patents it has asserted against Apple” are valid, he said. “We are examining the filing and will take whatever actions are needed to protect our rights.”

The Apple-Nokia legal brouhaha has been underway for some time now. In November Nokia announced the filing of t another lawsuit against Apple, in Federal District Court in Wisconsin, regarding five of Nokia’s patents. Nokia said those patents are infringed by the iPhone and iPad 3G and involve technology that improves speech and data transmission with new antenna configurations and positioning of data in applications.

In January 2010 Nokia filed t a patent lawsuit against Apple, alleging that the company violated 10 of its US patents related mostly to smartphone technology. Also that month, Nokia filed a complaint with the United States International Trade Commission (ITC) alleging that Apple infringed Nokia patents in virtually all of its mobile phones, portable music players, and computers.

This followed an Nokia complaint filed in October 2009 against Apple with the Federal District Court in Delaware, alleging that Apple’s iPhone infringed Nokia patents for GSM, UMTS and wireless LAN (WLAN) standards. Basically, Nokia claimed that Apple wasn’t paying licensing fees for the wireless technologies it uses in the iPhone, iPhone 3G and iPhone 3GS. 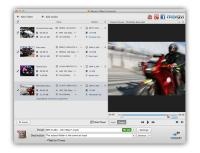