A future Mac mouse might have a built-in display 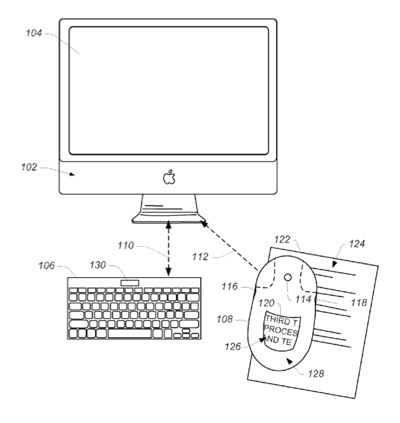 An upcoming Mac mouse could sport a built-in display, as indicated by a new patent (number 20110012838) at the US Patent & Trademark Office. Per the patent, in an embodiment, an input device, such as computer mouse, includes an interface to communicate user interactions to a host system and a display assembly to display an image to a user.

In some examples, the display device will include a collimated glass component. A method is disclosed that includes displaying an image at an input device, such as a mouse, and then displaying a second image in response to a user input through the input device. The inventors are Aleksandar Pance, Brett Bilbrey and Duncan Kerr.

Here’s Apple’s background and summary of the invention: “The present disclosure relates generally to a computer input device a display device, and more particularly relates to an input device using such display to convey visually observable data such as colors and images to a user of the input device. In some applications, the visually observable data may be present at a surface of the input device.
“Many forms of input devices are known for use with computers and other forms of processing system. For example, keyboards may be both actual and virtual; many forms are known for computer “mice”; and other input devices such as track balls and trackpads are known, as well as many types of devices generally used for providing inputs to gaming platforms. Additionally, otherwise conventional devices such as phones may be used for providing inputs to different types of processor-based systems. In particular, the iPhone manufactured by Apple Inc., of Cupertino, Calif. may be used with appropriate software to provide inputs to control a wide range of processor-based systems, including computers, set-top boxes, audio-video equipment, and other devices.”

“While sophisticated devices such as the iPhone provide significant information to a user regarding use of the device as a controller. For more common and basic input devices, such as keyboards, mice, trackpads, tablets, etc., functionality available through the input device is not usually conveyed through the input device, but, if at all, through the user interface on the system to which inputs are provided. As a result, it is not always apparent to the user which input should be used to access particular application functions; the functionality to a user might be improved through a more communicative input device.

“Separate from the above concern, even if input devices provide satisfactory mechanisms for providing physical inputs to a processing system, they are not necessarily always aesthetically pleasing. Thus, mechanisms that would provided options to improve the appearance to a user, such as, for example, user customization of appearance, have the potential to improve the user experience with the input device, even apart from adding functionality Accordingly, this disclosure identifies new configurations for use in input devices that provide functionality and appearance options beyond those available in current input devices.

“In an embodiment, an input device, such as a computer mouse, includes an display device to present observable data to a user. In some examples, the observable data may form a portion of an interface to communicate user interactions to a host system. In some desirable configurations, the input devices will include a collimated glass component configured to translate an image from the display device to a surface of the input device, for example, an outer surface. In such examples, the collimated glass component preferably includes a plurality of fused optical fibers and an input interface, and the fused optical fibers convey optical data, such as image data, from the input interface to the outer surface of the collimated glass component. 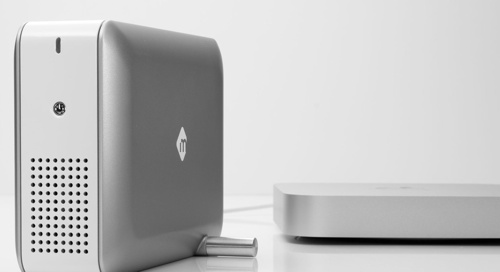 MacTech Conference 2010 kicks off this week in Los Angeles