‘Fortune’: Jobs went to Switzerland in search of cancer treatment

“Fortune” is reporting (http://macte.ch/pcxuk) that Apple CEO Steve Jobs — who announced a medical leave of absence this week — spent part of 2009 at a hospital in Basel, Switzerland seeking treatment for neuroendocrine cancer, which he had surgically treated in 2004.

Jobs had surgery for pancreatic cancer in 2004, taking a leave of absence to recover. He returned, then took a second medical absence for roughly six months in 2009. At that time he underwent a secret liver transplant at Methodist University Hospital in Memphis, Tennessee.

However, also during that absence, “Fortune” says Jobs also took an unpublicized flight to Switzerland to undergo an unusual, hormone-delivered radiological treatment at the University of Basel for neuroendocrine cancer. The treatment isn’t available in the U.S.

[NPL] SiteCam-Transit: Webcam Package for under $500 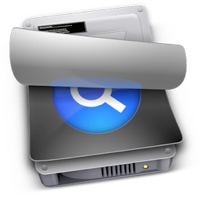 SmartBackup 3.4 for OS X gets an updated sync engine, more

FileMaker Mobile 2.1 to be shown at DEMOmobile 2002