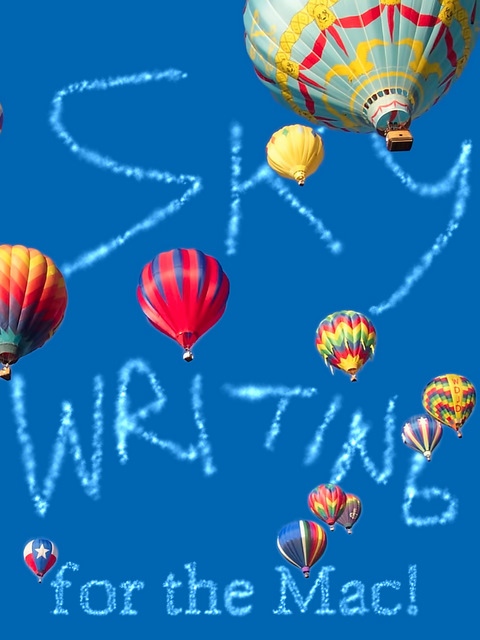 The smoke then realistically drifts away in real time, in some cases staying behind the foreground features of the image so as to appear as real-life skywriting. SkyWriting has been popular on the iPad platform, at one time holding the #11 spot in entertainment iPad apps in the United States. Recent updates have added features allowing users to use their own pictures as backgrounds, to slow or speed up the wafting of the smoke, or save a snapshot to send to friends via email.

In addition to the features of the iPad and iPhone versions, such as colored smoke, the Mac version brings a new feature called “sky typing,” where the user can type on the keyboard and the letters will be drawn as drifting smoke on the screen in real time. The physics and look of the sky writing smoke are the work of Hollywood visual effects artist Jeff Wolverton, who has worked as a digital FX artist in over 20 feature films.