The Gamma Project has announced my Travel Assistant 1.0 for iOS devices. It’s an US$2.99 app for global travelers that integrates into a singlepackage a 36-language translator, a 71-currency converter, and a smart expense tracker with automatic currency conversion. In addition to expense management at home and abroad, the app features: auto-refresh of exchange rates, the ability to email expenses as a formatted table and/or CSV file; the ability to edit or delete trips and entries; and a built-in calculator.

Purple Button Media has unveiled The Story Home for the iPad. The $2.99 app features 73 stories that are organized into 14 categories, searchable by author or title. The app also provides a bookmark feature allowing the user to keep their place in a paused story; the “My Library” feature allows the user to collect and store their favorite tales.

Lesson Portal has debuted Employee Tracker Pro 1.0 for iPhone, iPad and iPod touch devices. The $4.99 app delivers a tracking system for infractions, accolades, and general documentation of employees’ actions. Data can be shared between multiple users of Employee Tracker Pro. The app can store the name of the accolade or infraction, the date and time, where it occurred, the supervisor on duty, a detailed description, and more.

Ki Systems is offering Stress Shifter and Stress Shifter Lite for the iPhone and iPod touch. Created to allow anyone to recognize and understand the factors that lead to their daily stress, this free app offers users tools and exercises to discover the origins of their stress. Subsequently, Stress Shifter shows users how they can transform their stress to fuel their own creativity and productivity rather than being bogged down by it.

Total Eclipse has announced the latest version of Maya’s Dress Up, on separate editions for iPhone, iPod touch and iPad. In this styling game the player takes control of Maya’s huge wardrobe to create her own fashionable combinations, dressing Maya for every occasion. Maya’s Dress Up costs US$4.99 for the iPad version and $2.99 for the iPhone/iPod touch version. However, the iPhone version of the game is being offered at 66% off its usual price until Jan. 9.

Matthew King has released Mortgage Calculator + 4.3, an update to his $0.99 financial app built specifically for iOS devices. It calculates monthly payments and more for any fixed rate mortgage loan, or other fixed rate loans.

Bacon Bear Productions has rolled oout Navigon Now 1.1, an update of the $0.99 iOS app to get you on the road faster with the Navigon MobileNavigator GPS app. Enter a destination address in any format, including both multiline and single line addresses. Or, for even faster text entry, paste an address from another app such as Maps, Mail, Contacts, or Text Messages.

SKH Apps has updated his iOS app, Words With Cheats for Friends. The $0.99 word finding app searches millions of letter combinations and creates large words in seconds. The word building engine has been completely revamped, giving it the ability to create up to 16 letter words twice as fast as the original version. 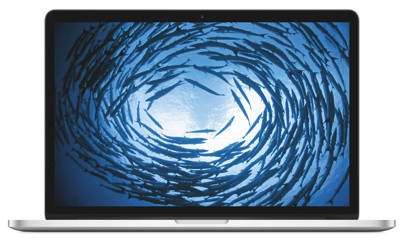