The former Flextronics International manager accused of leaking details about the iPad and iPhone 4 won release on US$150,000 bail in the insider-trading case, reports “Bloomberg” (http://www.bloomberg.com/news/2010-12-20/ex-flextronics-manager-appears-in-court-in-insider-trading-case.html?cmpid=yhoo).

Walter Shimoon was granted bail Monday by U.S. Magistrate Judge Bernard G. Skomal in San Diego on conditions that included securing his bail with $120,000 of the equity in his home. Shimoon, a naturalized U.S. citizen from Canada according to his lawyer, has owned the home since 2003 with his wife, Linda Awdishu, a professor at the University of California at San Diego, reports “Bloomberg.”

On Dec. 16 it was reported that former employees at major tech companies like Apple, Dell, Advanced Micro Devices, Flextronics International and Taiwan Semiconductor Manufacturing, sold inside information about their companies to hedge funds through an expert-networking firm, according to a criminal complaint filed by federal prosecutors in Manhattan. One of the accused tech company employees allegedly sold secrets about Apple’s iPhone and iPad, reports “Forbes” (http://blogs.forbes.com/nathanvardi/2010/12/16/tech-employees-allegedly-sold-secrets-of-dell-apple-and-advanced-micro-devices/?partner=yahootix).

Walter Shimoon, 39, who worked for Apple-parts supplier Flextronics, is accused of selling highly confidential sales forecast information and new product features for the iPhone for US$22,000. Shimoon worked as a senior director of business development in San Diego for Flextronics, which supplied camera and charger components to Apple used in the iPhone and iPod. 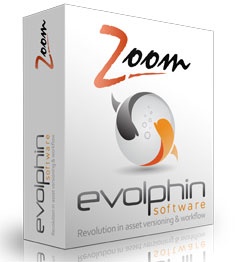 Microsoft, Sun square off at JavaOne