WiKileaks. Sometimes I go awhile between hearing from readers, then hit a nerve, and get email either agreeing or disagreeing with what I have written. As could be anticipated, WiKileaks got some reader feedback. It was thoughtful and well written, but I am still of the opinion that for government to work it needs some ability to have a dialogue with various points of view not anticipating ideas or comments floated to be the fodder of headlines in the newspapers of the world.

The notion of the right of the people to know everything is wrong, in my opinion. Our national security requires the ability of the government to maintain secrets. The asses at WiKileaks are not qualified to know what unanticipated consequences might be the result of the massive amount of information leaked. Actually, the issues are not so much liberal vs conservative but anarchy vs cohesive government. Do I think the government can be fully trusted? No, I have stated that I don’t trust the government any further than I can throw it, which isn’t very far.

The Googlization of all information is certainly a two edged sword. The problem is that the American public has the attention span of a fruitfly. We are in an undeclared war with people bent on killing us and have no respect for our principals of the right to hold an opinion or a belief about God that is contrary to their own. Thank you for your feedback. I have upped my estimate of readership of Greg’s Bite from 12 to 20 based upon recent email numbers.

Android has finally hit a plateau in sales and some think the rumors of iPhone going live on Verizon is hurting sales. AT&T is taking a beating due to dropped calls and plummeting customer service ratings. Frankly, there can be too much of a good thing and letting Verizon share some of the data stream load may take pressure off AT&T. The surge in bandwidth required to satisfy us iPhone data hogs surprised them. They have been building up as fast as they can and still can’t keep up.  Letting Verizon take some of the heat can’t be all bad. Apple will also benefit from greater iPhone sales.

Google’s Chrome or Android OS for tablets may take up the slack that Microsoft left by not coming out with a viable tablet OS. Dumb as a bag of hammers, Microsoft’s management has bungled mobile computing operating systems, starting from the undisputed position of being the de facto leading computer OS company in the world. Apple has snatched the gold ring and has run with it. I predict the failure of Mobile Vista 7 will spell the end of Ballmer as CEO of Microsoft by the end of 2011.

Joe Belfiore, a vice president of Microsoft recently stated that it might take two years for Windows Vista 7 to catch up with Apple’s iPhone and Google’s Android. Duh, the mere admission that they are playing catch-up says it all. In two years who will care if Microsoft catches up with Apple’s iOS 4.2.1? In two years Apple and Google will have worked out the intellectual issues that are sure to define the landscape in mobile computing, and Microsoft will be nowhere to be seen. Unlike Microsoft, Apple won’t tolerate staff sleeping at the switch and not actually innovating. Microsoft should remove the bunk beds and decaffeinated coffee and insist that employees actually do something productive.

MarketWatch names Steve Jobs CEO of the Decade. Remember when there was an uproar in the press that Apple was over because Steve Jobs was back. The court jester of the tech press, John Dvorak, loudly predicted they would be selling the office furniture on the street in a massive garage sale with in weeks, as Jobs was so consummately unsuited to lead Apple. By 2009, Dvorak predicted Steve Jobs wouldn’t come back due to the liver problem and mused Apple innovation would run out due to a lack of Steve Jobs’ innovation and taste. Now, MarketWatch has named Steve Jobs CEO of the decade. I wonder what seasoning Dvorak prefers on crow pie?

Google has just launched the Chrome Store to sell Apps for the Chrome OS.  They beat Apple to the punch by a few days or weeks at the most.  I predicted that Apple would likely launch an app store for the Mac OS a couple of months ago.  Look for Apple to attempt to hammer lock any downloadable business imaginable.  They led the way with iTunes when the nay sayers predicted it would flop. 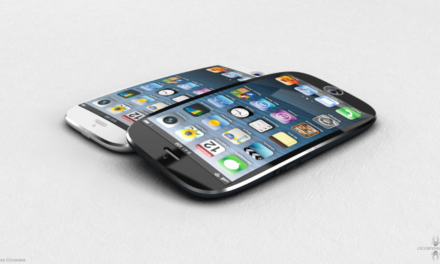 iPhones with curved displays may also come with privacy films